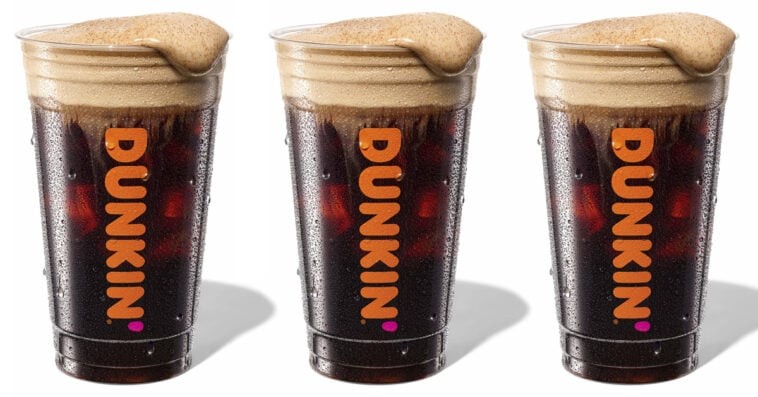 Dunkin’s lineup of summer sips has a new addition.

In celebration of Brown Sugar Cream Cold Brew’s launch, guests can enjoy $3 on medium cold brews, including the new drink, at participating Dunkin’ restaurants across the country through July 19th.

The return of Stuffed Bagel Minis

The introduction of the Brown Sugar Cream Cold Brew coincides with the highly requested menu comeback of Dunkin’s Stuffed Bagel Minis. This beloved bite-sized snack is filled with plain cream cheese and coated with everything bagel seasoning for the ultimate, savory on-the-go bite. Served warm with two per order, stuffed bagel minis are also available in Plain and Chive & Onion, a savory onion bagel filled with chive cream cheese and topped with toasted onions.

Aside from menu announcements, Dunkin’ has also officially revealed that it has entered a new partnership with select iconic Live Nation music festivals to fuel the summertime spirit across the country.

The said partnership kicked off at a number of recent events, including The Governor’s Ball and Bonnaroo, where Dunkin’ brought Iced Coffee, Cold Brew, and Munchkins Donut Hole Treats to hundreds of thousands of attendees.

Dunkin’ will be present at Live Nation’s Lollapalooza in Chicago next month. During Lollapalooza from July 28th through July 31st, Dunkin’ is offering all DD Perks members 3X points on Iced Espresso beverages – whether they’re enjoying the music festival live in Chicago or watching it at home.

Aside from Dunkin’ edible treats, fans attending Live Nation festivals can also enjoy Dunkin’s play-to-win games, sharable photo moments, and a customization station to stay cool and fueled amid all the fun.