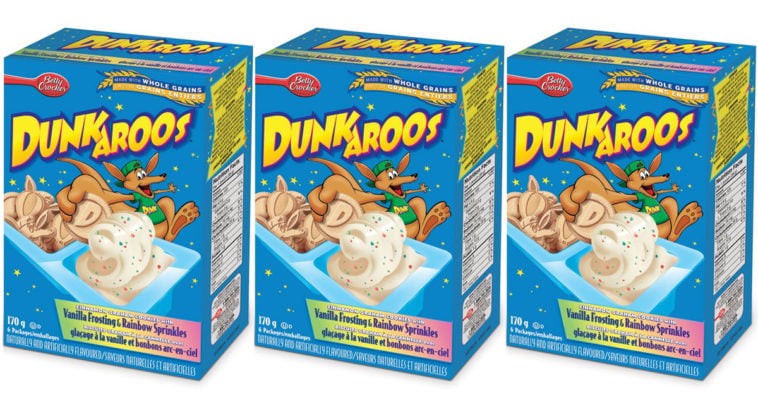 It looks like Dunkaroos are really returning to the U.S. very soon.

Back in October 2019, junk food Instagrammer @junkfoodleaks_ revealed that the beloved ‘90s cookie and frosting treat is coming back to the country in “summer 2020.” @junkfoodleaks_ didn’t provide any additional details about the comeback, but pointed out that the scoop was from a “very well placed source within the General Mills inner circle,” which, of course, markets Betty Crocker-branded products like Dunkaroos.

While General Mills or Betty Crocker has yet to officially announce the return of Dunkaroos to the country, news that the nostalgic snack has joined Instagram and Twitter last week seemingly confirmed that the fan-favorite cookie and icing combo are indeed heading back to the U.S. shelves this year.

Both social media accounts have since been verified, and while the product’s Twitter account hasn’t posted anything yet, there’s already one photo on its Instagram page: a close-up of the iconic and truly missed vanilla icing with rainbow-colored sprinkles placed throughout. The picture’s caption doesn’t say anything, but it does have a pair of eyes emoji in it. As of writing, Dunkaroos already have over 58,000 Instagram followers and 3,000 Twitter followers.

Several news outlets reached out to General Mills to comment on Dunkaroos’ rumored comeback. Though the company had its lips sealed on the matter, it did confirm that it has a lot of exciting things coming up in 2020.

Some celebrities that have expressed a desire to revive Dunkaroos include Kim Kardashian and Chrissy Teigen.