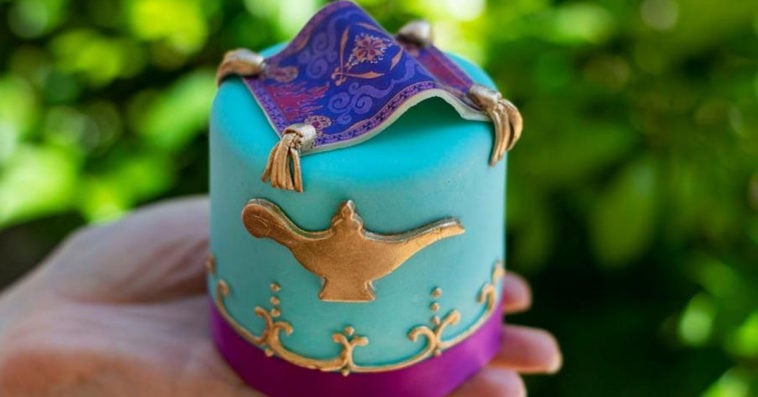 As part of Disney’s efforts to promote the upcoming live-action Aladdin movie, Disney World has begun to sell a fancy mini cake inspired by the characters in the film.

Dubbed as Aladdin-inspired Petit Cake, this dessert is one of Disney World’s fanciest treats ever. Exclusively available at Amorette’s Patisserie in Disney Springs, this mini cake shares the same color scheme as Princess Jasmine’s sky blue casual outfit and her purple formal dress. It is topped with a super intricate magic carpet fondant and comes with a golden magic lamp ornament on one side. The bottom portion of the mini cake is also wrapped with a purple ribbon, giving it an added panache.

Aside from the Aladdin-inspired Petit Cake, Disney World has also started to sell the Magic Lamp Milkshake, Wish Granted Donut, and Aladdin Cupcake last month in anticipation of the May 24th theatrical release of the Guy Ritchie-directed movie. 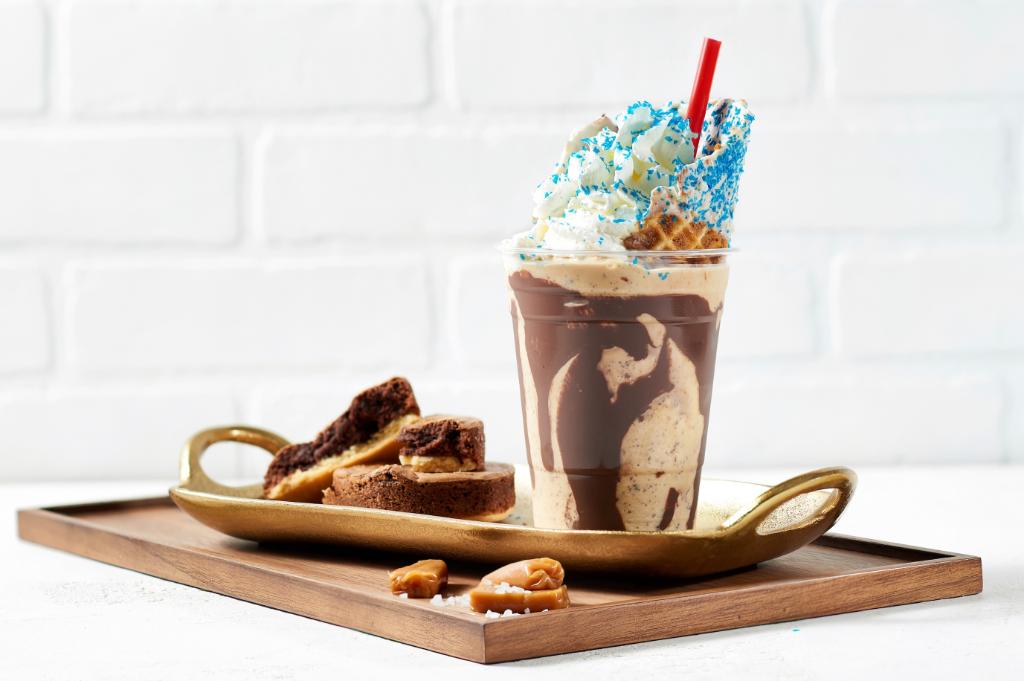 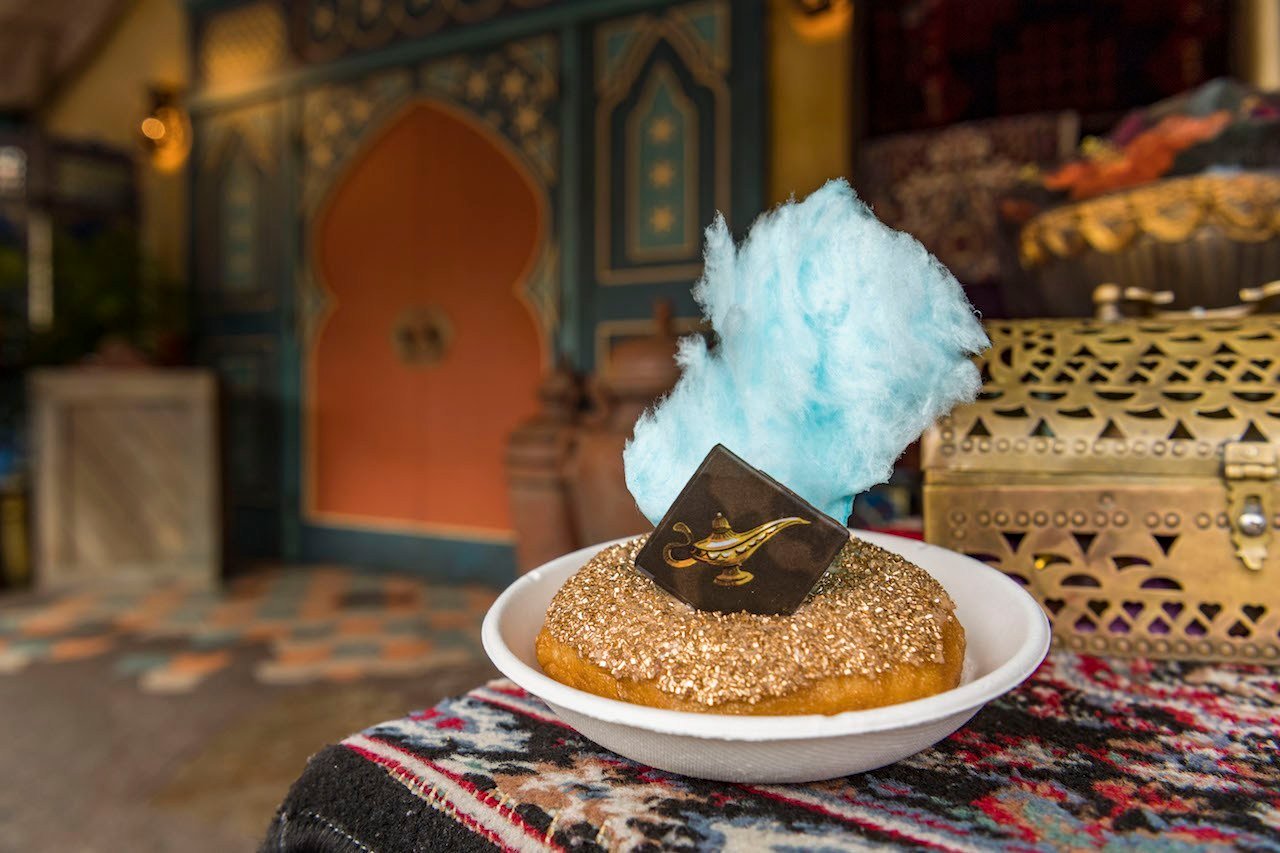 Selling for $4.99 each at Sunshine Tree Terrace in Magic Kingdom, Adventureland, Wish Granted Donut is a pillowy glazed donut which is topped with crunchy gold sprinkles. It also comes with a blue cotton candy that captures the spirit of Aladdin’s Genie.

This yellow cupcake is topped with Genie blue frosting, gold candied pearls, and a chocolate Magic Lamp. Available at The Artist’s Palette in Saratoga Springs Resort, this snack is stuffed with cherry cheesecake filling with real cherries.