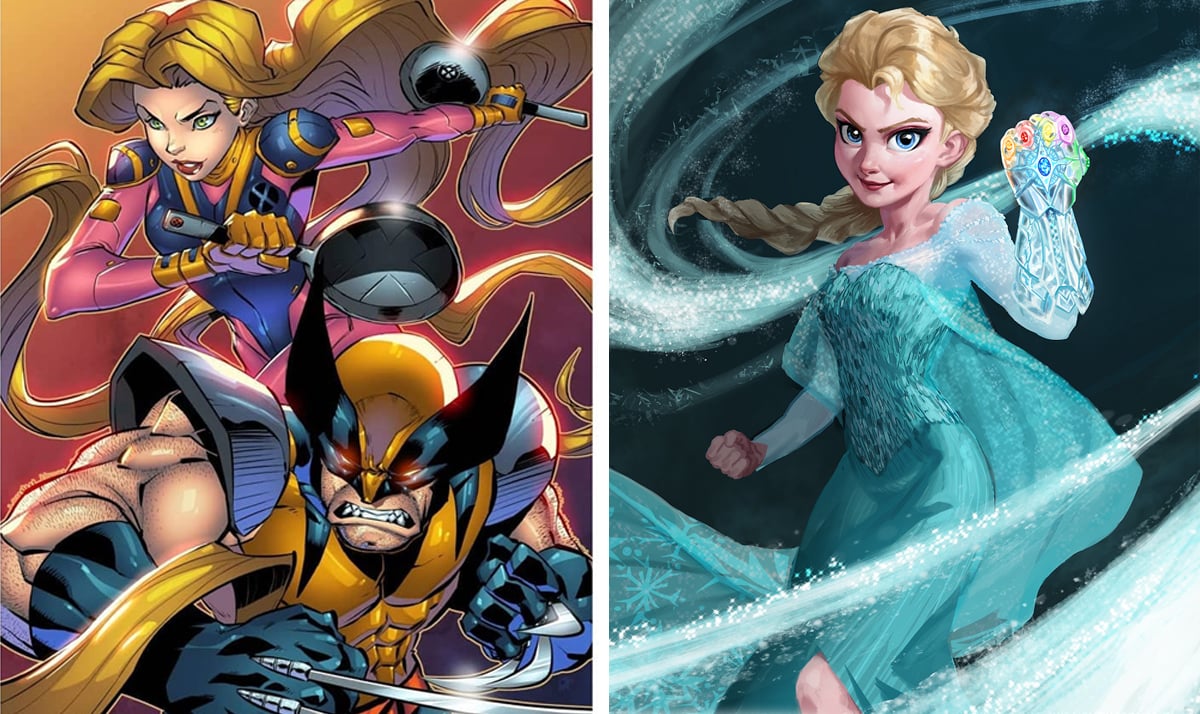 What if the universes of Disney Princesses, the X-Men and the Avengers collided?

Since Disney Princesses are generally geared toward children and Marvel superheroes are generally made for a more mature audience, some casual fans don’t see any similarities between the two franchises. But for some avid Disney and Marvel buffs, the two universes actually share a lot of things in common. For one, Disney Princesses and Marvel superheroes both have special abilities or superpowers, and in many instances, both groups of characters are responsible for defeating evil forces that torment them and plague their homes.

These similarities are some of the reasons why a lot of fans would like to see a crossover of sorts between the two franchises. Disney both owns Disney Princesses and Marvel, so that kind of project is completely possible. While it doesn’t seem like Disney is currently developing a movie or a TV series that would feature both Disney Princesses and Marvel superheroes, a number of talented digital artists have already reimagined a world where the Disney royalties are members of the X-Men and the Avengers.

Illustrator Marcus Williams, for instance, has created a series of artworks called X-Men Princesses, which sees characters from Disney fairy tales teaming up with the most powerful mutants. Meanwhile, artists like Isaiah Stephens, Robby Cook, and Christopher Stoll, have created pieces of fan art that depicts various Disney characters as new recruits of the Earth’s Mightiest Heroes.

Click through the slideshow above to see some of those amazing artworks that would definitely convince you that a crossover between Disney Princesses and Marvel superheroes should happen sooner rather than later.