The Walt Disney Company just gave its most in-depth sneak peek into Disney+ yet. As the company looks to insert itself into an already crowded SVOD market, executives are putting competitors like Amazon Prime Video and Netflix on notice, announcing partnerships with Roku, PlayStation as well as an attractive $7 per month price point.

Unsurprisingly, Disney did very little in the way of creating a new user experience. The old adage “If it’s not broke don’t fix it” was in full effect. In fact, Netflix users will find the Disney+ interface oddly familiar, boasting columns for original series, recommendations, and watch history. 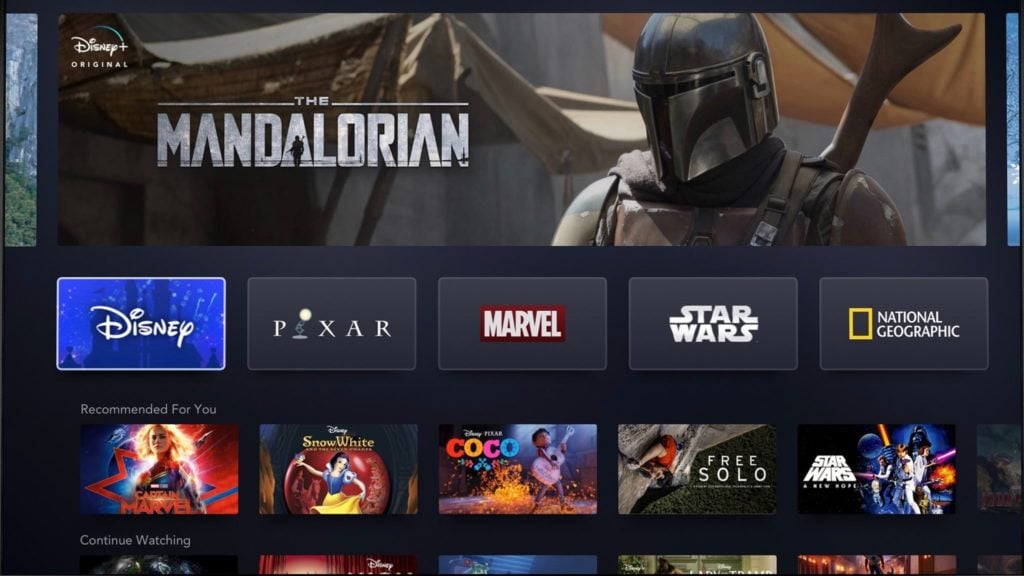 The platform will also allow users to easily subdivide the massive catalog by brand i.e. Marvel, Pixar, Star Wars or genre. And as expected, users will be able to create multiple profiles and add movies/series to personalized watch lists.

While some in the industry liken Thursday’s event to “D-Day,” others are less optimistic about the upcoming service. Critics say Disney will first need to prove its capable of successfully managing a technology product on the scale of Netflix before it’s dubbed the king killer.

But if the allure of unlimited Disney flicks wasn’t enough, Gizmodo says the company is “going to bundle its Disney+, ESPN+, and Hulu services at a bargain price.” At present, it’s unclear if the aforementioned $7 per month fee is for the bundle or Disney+ only.

The service is expected to go live in November.