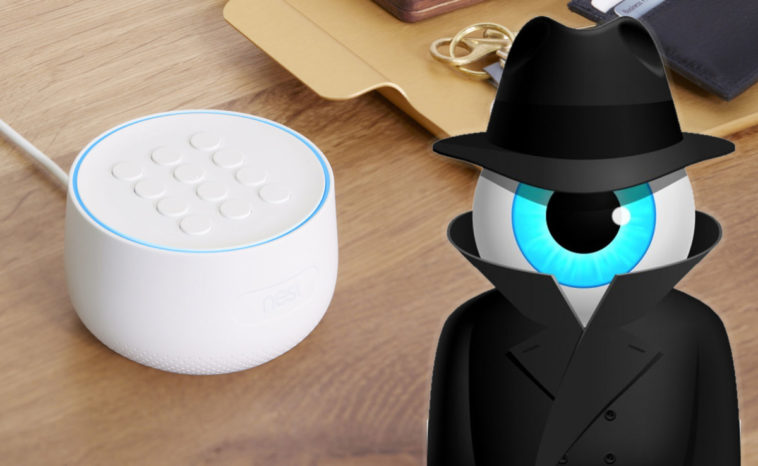 Almost a year after Google announced an update that would bring voice commands to the Nest Guard, owners are starting to raise concerns. People are shocked not because of the sophistication of the underlying artificial intelligence. No, it’s far more sinister than that. The problem is, no one knew that the Nest Guard was equipped with a microphone in the first place.

More often than not, owners are to blame for not knowing a device’s full list capabilities, because who reads the manual, right? Well, as it turns out, there’s not a single mention of a microphone in any of the product materials that shipped with the Guard.

When called out for its sneaky tactics, Google says the mic “should have been listed in the tech specs” and was “never intended to be a secret.” According to Engadget, the tech-giant claims “the mic was originally included in anticipation of future security updates, like the ability to detect broken glass.”

Whether the hidden mic was intentional or not, this incident should serve as a stark warning when it comes to our inherent trust of big corporations, especially where personal privacy is concerned.

Admittedly a bit conspiratorial, Google also raised eyebrows in May of 2018 when the company’s “don’t be evil” motto was rephrased and positioned toward the bottom of its employee code of conduct. Before last year’s change, the famous motto was prominently featured at the start of the document where it had been since 2000.