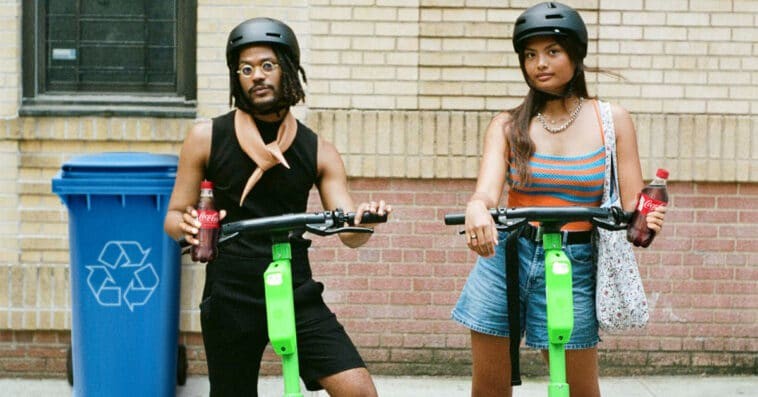 Coca-Cola is promoting another way for consumers to lessen their environmental footprint.

Following the nationwide availability of Coca-Cola Sip Sized bottles made from 100% recycled plastic material (rPET), the beverage company has teamed up with the world’s leading provider of shared electric vehicles, Lime, to reward people who are committed to recycling.

Coca-Cola and Lime are offering more than 40,000 free bike or e-scooter rides to people who purchase and pledge to recycle their 13.2oz, 100% rPET Coca-Cola bottles. Consumers can pledge to recycle their soda bottles by visiting CokePlayToWin.com/endlesslyrefreshing. After pledging, they will receive a promo code via email, which entitled them to a free, 10-minute bike or e-scooter ride through the Lime app. The promo codes are available on a first-come, first-serve basis. 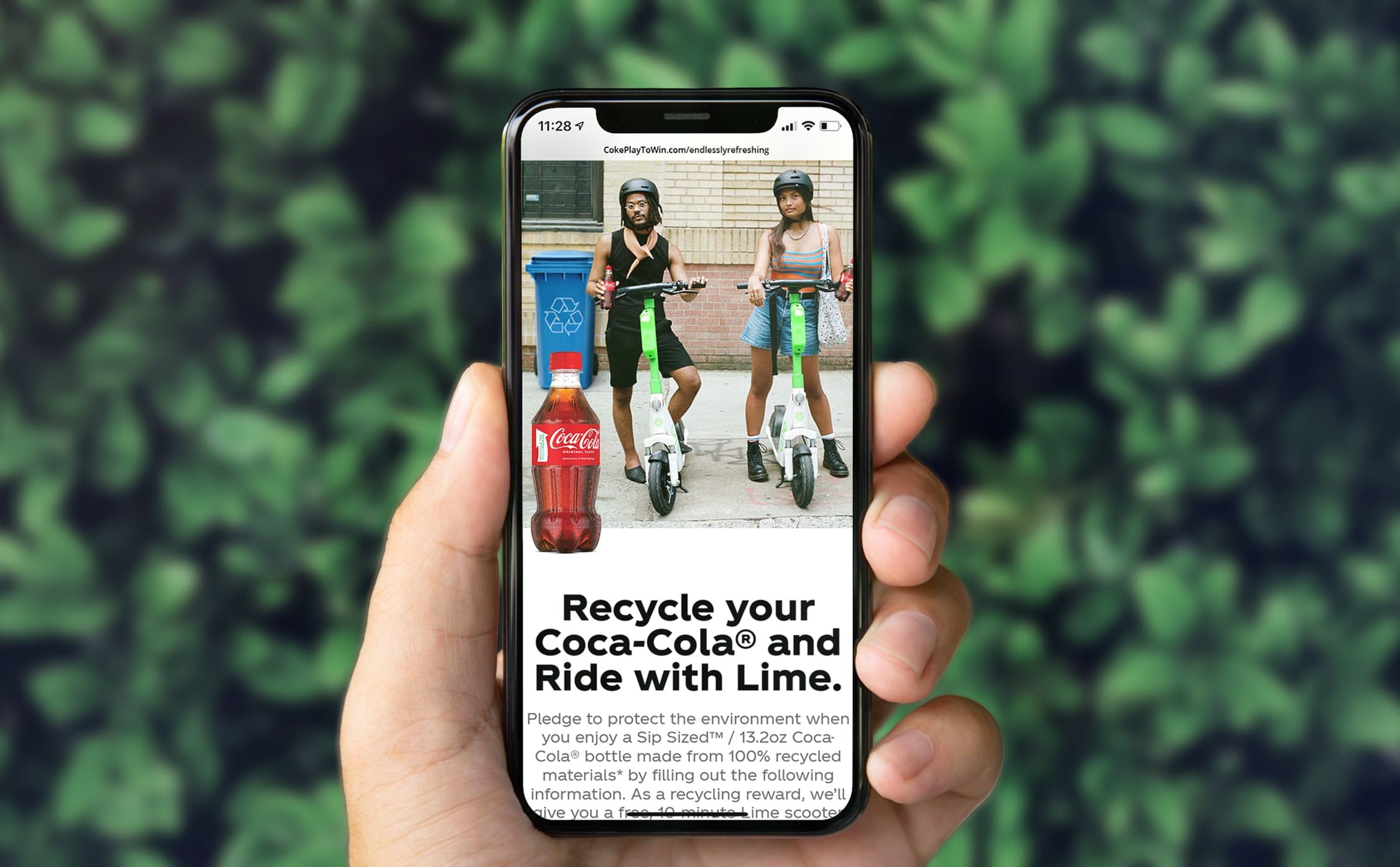 “The 13.2oz, 100% rPET Coca-Cola bottle is just one of the many innovations the company has introduced to make important advancements towards a World Without Waste,” said Brandan Strickland, Brand Director of Coca-Cola Trademark, Coca-Cola North America, in a statement. “Now, with 13.2oz, 100% rPET Coca-Cola bottles available at convenience stores across the nation, we’re encouraging people to go the extra mile to commit to recycling our products again and again.”

With sustainability so central to Lime’s core values, the company’s Head of Global Business Development and Partnerships, Sara Lannin, said that they “are thrilled to partner with Coca-Cola to encourage recycling of its new bottle made from 100% recycled materials.”

Coca-Cola’s partnership with Lime comes as consumer demand for micromobility has risen steeply, especially among Gen Z. The collaboration between the two companies aims to help make zero-emission modes of transportation more accessible to those who are hoping to reduce their impact on the environment.