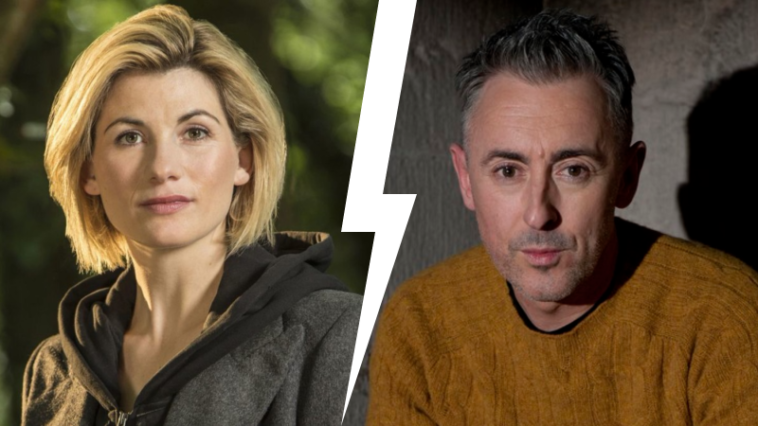 Alan recently shared this development on the Homo Sapiens podcast. He said that he will play the role of King James I, and according to Alan, his character might end up being a recurring character.

“I’m James I. So I’m kind of like, you know, a kind of dandy, foppy, coward who kind of comes alright in the end. And they said he might come back.”

According to Digital Spy, Alan later revealed through a video on his Twitter that he had accidentally leaked this bit of news, and that he was not yet supposed to publicly talk about his upcoming guest appearance in Series 11.

So that’s good!
In which I discuss @bbcdoctorwho @realDonaldTrump @UniofOxford and #brexit pic.twitter.com/i2EtlP7C3d

Too late now, since the cats out of the bag, and we can barely wait for series 11.

When the BBC announced Jodie Whittaker as the next Doctor Who back in July 2017, it was seen as a brave statement by the show’s creators.

However, as the first female doctor, some feared that this casting decision could alienate a portion of the show’s fanbase. On first glance, those concerns seem silly, as Whittaker is an incredible actress who has performed in a wide range of roles many times over her storied career.

On second look, they are absolutely ridiculous. She was born for this role.

The brief clips we have now seen with Whittaker as the Doctor have been intriguing, fun and different. For instance, at the end of the Christmas special, Whittaker made her first appearance in the show and looked like she was simply in a position of which she belongs.

Capaldi was an interesting choice as the twelfth Doctor Who and Jodie Whittaker looks like the right one for the thirteenth.

It will be wonderful to see how she adapts with the new show runner, Chrish Chibnall, who is taking over the role from Stephen Moffat.

We know one thing for sure though… we couldn’t be happier to be going along for the ride in the TARDIS.