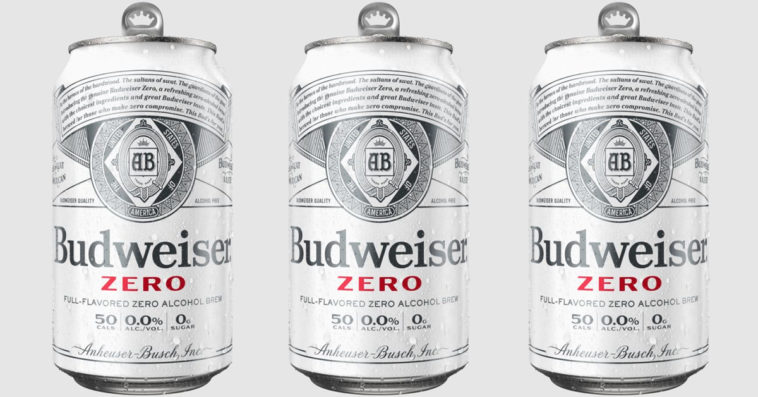 Budweiser has officially joined the burgeoning non-alcoholic beer market with the nationwide rollout of Budweiser Zero.

Co-created by retired NBA star Dwyane Wade, Budweiser Zero is an alcohol-free, zero-sugar 50-calorie beer that is especially formulated for health-conscious drinkers that crave the taste of beer but don’t want to deal with a hangover.

A national ad campaign for the new beverage debuted earlier today and it features the voice of Wade, who was hands-on in developing the product’s taste and packaging.

Wade shared that he found himself “going to a lot of events where beer was getting shoved into my hand” even though he didn’t always want one. “I’m getting older now, I’m not that young, spry athlete that people had grown accustomed to,” he said. “But I still want to be part of the conversation. I still want to be in the room with everyone else.” That led Wade to reach out to Budweiser with an idea for a non-alcoholic beer.

“We knew we were interested in the space but it wasn’t until we really spoke with Dwyane [that the potential] came to life,” revealed Monica Rustgi, vice president of marketing for Budweiser.

In a separate statement, Rustgi said Budweiser “really want to disrupt this space because we believe there doesn’t need to be a stigma and outdated understanding of non-alcoholic beer. Beer is something that people love, so it doesn’t have to be binary decision of drinking beer with alcohol or not drinking a beer at all.”

According to Wade, Budweiser Zero is perfect for people who have responsibilities like him but still want to have a good time. “This is an added bonus to being able to continue to enjoy yourself but not waking up the next morning super hungover. But you don’t feel like you left anything on the table being with friends and family the night before,” said Wade, who has a 19-month-old daughter at home with wife Gabrielle Union.

Budweiser Zero had a soft launch in March, and according to Rustgi, the initial reaction from drinkers has “pleased” the company. But in Business Insider’s review of the new beer, Irene Jiang wrote that “without alcohol, Budweiser feels — and tastes — pointless,” noting that “without the bite of booze, Bud Zero leans sweet and simple.” Jiang did point out, however, that Budweiser Zero is a “pretty decent visual replica” of the regular Budweiser.

Priced similarly to the regular Budweiser, Budweiser Zero will initially be available in 12-packs of 12-ounce cans and 16-ounce single cans. A 6-pack of 12-ounce bottles will roll out between November and December.