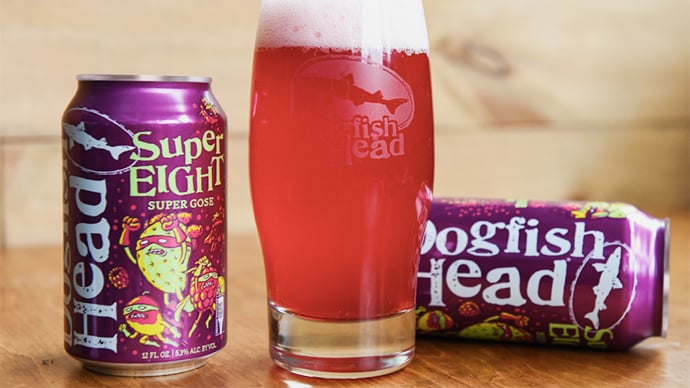 A Maryland brewery called Dogfish Head has crafted a beer that can be used to develop Kodak film.

Nope, there’s no hidden joke, gimmick, or catch – the so-called “SuperEIGHT gose” was actually developed in partnership with Kodak in an effort to create a beer that was not only palatable but also useful in developing the company’s iconic Super 8 film.

Boasting a list of ingredients, including boysenberry, blackberry, elderberry, mango, prickly pear, kiwi juice, quinoa, and Hawaiian sea salt, the beer has been brewed to achieve “heightened levels of acidity and vitamin C,” which is key in processing Super 8 film.

Touted as being “slightly tart” with a “refreshing finish,” this German-style wheat beer contains 5.3% alcohol. To promote his new concoction, the CEO of Dogfish Head is planning a boat trip up the East Coast. As you’d expect, he says a Kodak Super 8 camera will be used to document his journey.