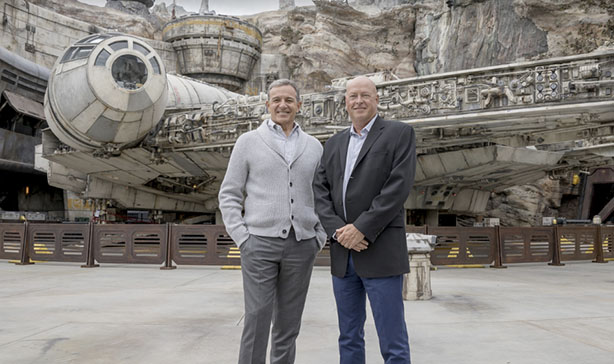 Robert Iger first announced his retirement back in 2018 and the company has since then been screening candidates and planning his successor. Chapek was one of the leading candidates and he beat direct-to-consumer head, Kevin Mayer. Mayer was initially favored to win due to Disney’s latest ventures in the direct-to-consumer entertainment industry. However, Chapek believed to be chosen due to his experience and seniority in the company. His appointment as CEO, though, came as a shock to a number of Disney employees as reported by The Verge.

Analyst Michael Nathanson says that Chapek’s three decades at the Walt Disney Company gave him the advantage of knowing the company really well. Chapek used to oversee Disney’s largest business segment and was included in projects like the opening of the first Disney park in Shanghai, China, as well as the construction of the Star Wars: Galaxy Edge areas at various parks. He was also responsible for expanding the Disney Cruise line by adding three new cruise ships, and he has also been involved in the advertising and the packaged goods department, which gives him some experience in the direct-to-consumer industry.

In any case, Chapek will be the seventh CEO in Disney’s 100-year history and will have some big shoes to fill. Robert Iger has been the face of Disney for the last 15 years and garnered quite a number of accomplishments during his time. He was first appointed in 2005 and, in his first year, was able to repair the relationship between Disney and Apple CEO Steve Jobs. This resulted in the acquisition of Pixar for over 7 billion dollars. Additionally, he was able to acquire Marvel Entertainment in 2009 and then Lucasfilm in 2012. These two acquisitions were initially regarded as a risk to the Disney brand but have turned out to be very lucrative for the company garnering billions at the box office and in merchandise sales. Under Iger and Meyer, Disney was able to acquire 21st Century Fox which was the key element to their venture into streaming.

Rober Iger will continue to lead the company’s creative endeavors and act as Chairman for the Board of Directors up until December 31st, 2021. Despite his new role, his priority will be to work closely with Chapek and teach him all there is to know about being CEO for the company.