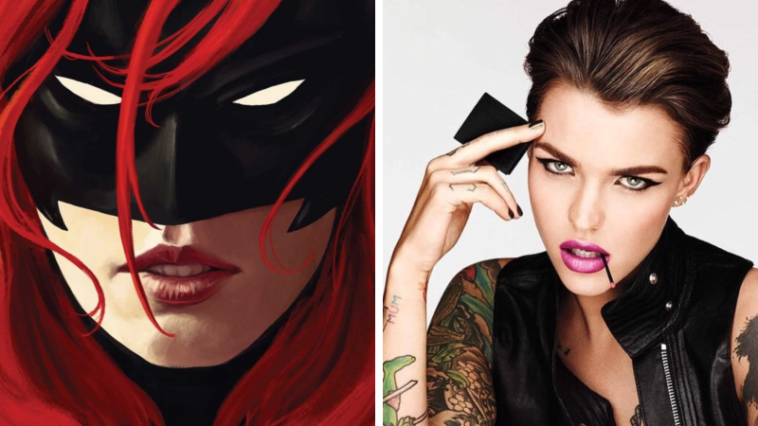 Ruby Rose – best known for her standout role as Stella Carlin on Orange Is the New Black – has signed on to star as Batwoman for The CW Network. After making an inaugural appearance via the network’s Arrowverse crossover in December, Batwoman’s next telecast will be the pilot episode for the new series.

In recent years, The CW Network – a joint venture between CBS and Warner Bros – has become a true leader in terms of diversity and inclusion. We recently reported on the network’s decision to incorporate a trans superhero into the Supergirl cast, but once this upcoming show hits the air Batwoman “will become the first gay lead character — male or female — of a live-action superhero series,” according to Deadline.

DC Comics first introduced the heroine in 1956 as a love interest for Batman. In 2006 the publishers remodeled Batwoman, making her the first major DC character to be an out lesbian. Writer Caroline Dries will use the 2006 incarnation of Batwoman as her template for the upcoming series.

Much like Nicole Maines’ role in Supergirl, Batwoman has a “passion for social justice.” The character’s description goes on to suggest, as she fights crime on the streets of Gotham, viewers will get a glimpse into her mindset where she’s forced to wrestle with her own inner demons.

Before Netflix’s Orange Is the New Black catapulted Rose’s career, the now 32-year-old was creating her own renowned films. In 2014, Rose wrote and starred in a groundbreaking LGBT film titled Break Free. Said film has since generated nearly 40 million views – and won the Stephen F. Kolzak Award, an honor reserved for LGBT individuals who’ve “made a significant difference in promoting equality and acceptance.” Since her humble beginnings, Rose has gone on to star in a number of hit movies including Resident Evil; Final Chapter, Pitch Perfect 3, and John Wick: Chapter Two.