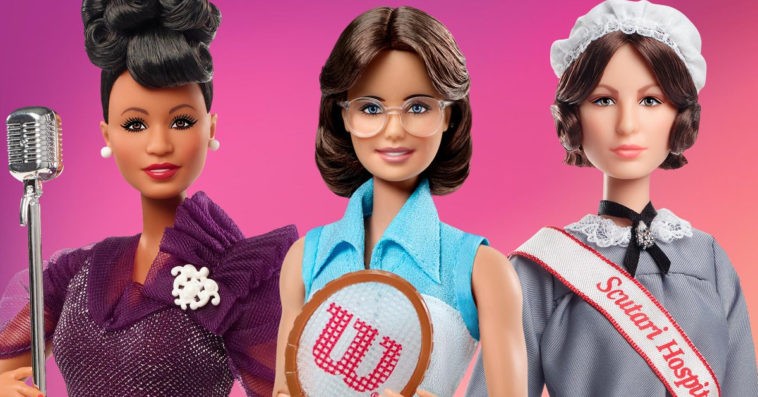 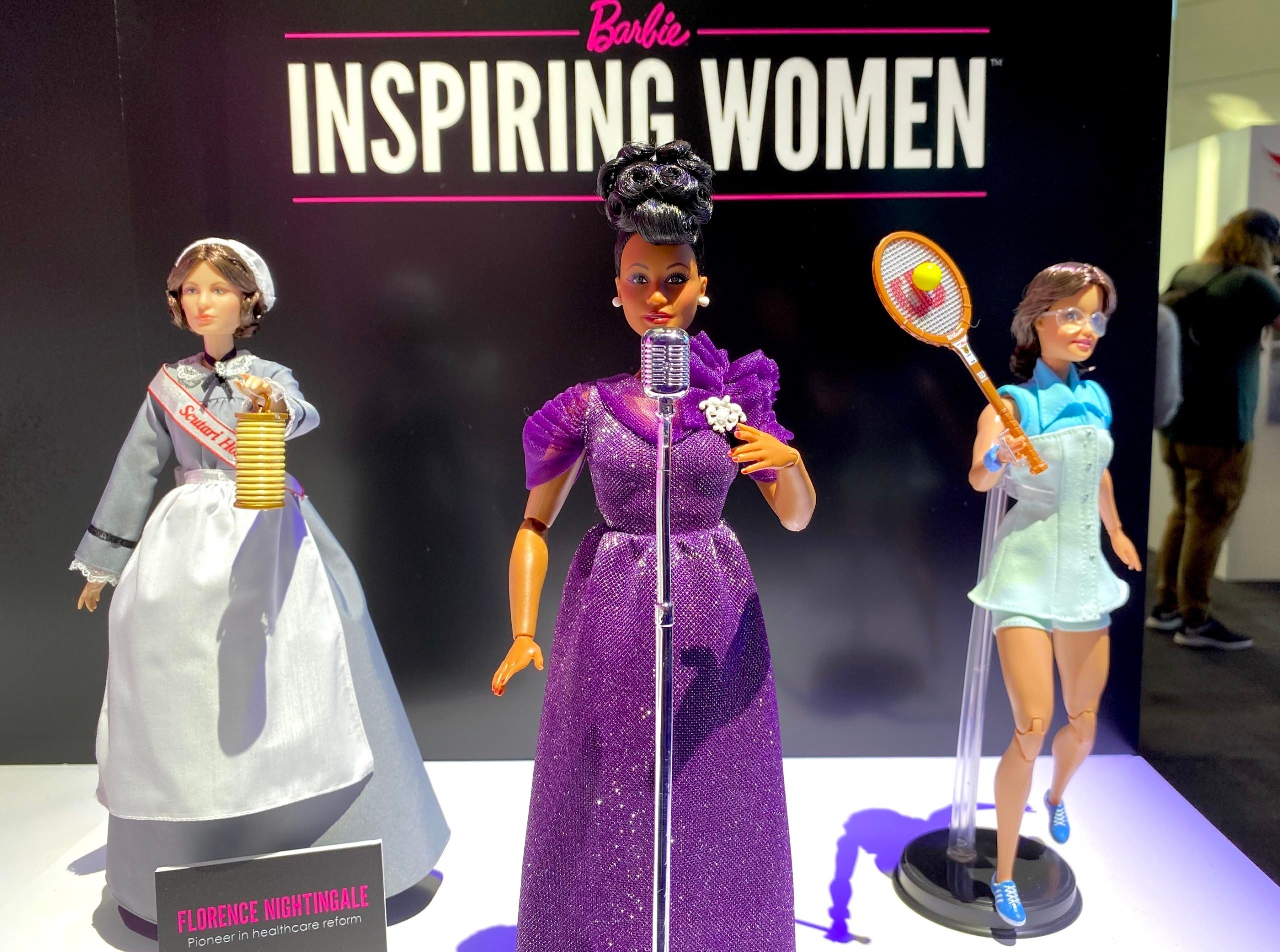 Currently on display at the New York Toy Fair, the three new dolls are the latest additions to Barbie’s Inspiring Women series, which pays tribute to incredible and courageous women of their time who took risks, changed rules, and paved the way for generations of girls to dream bigger than ever before. 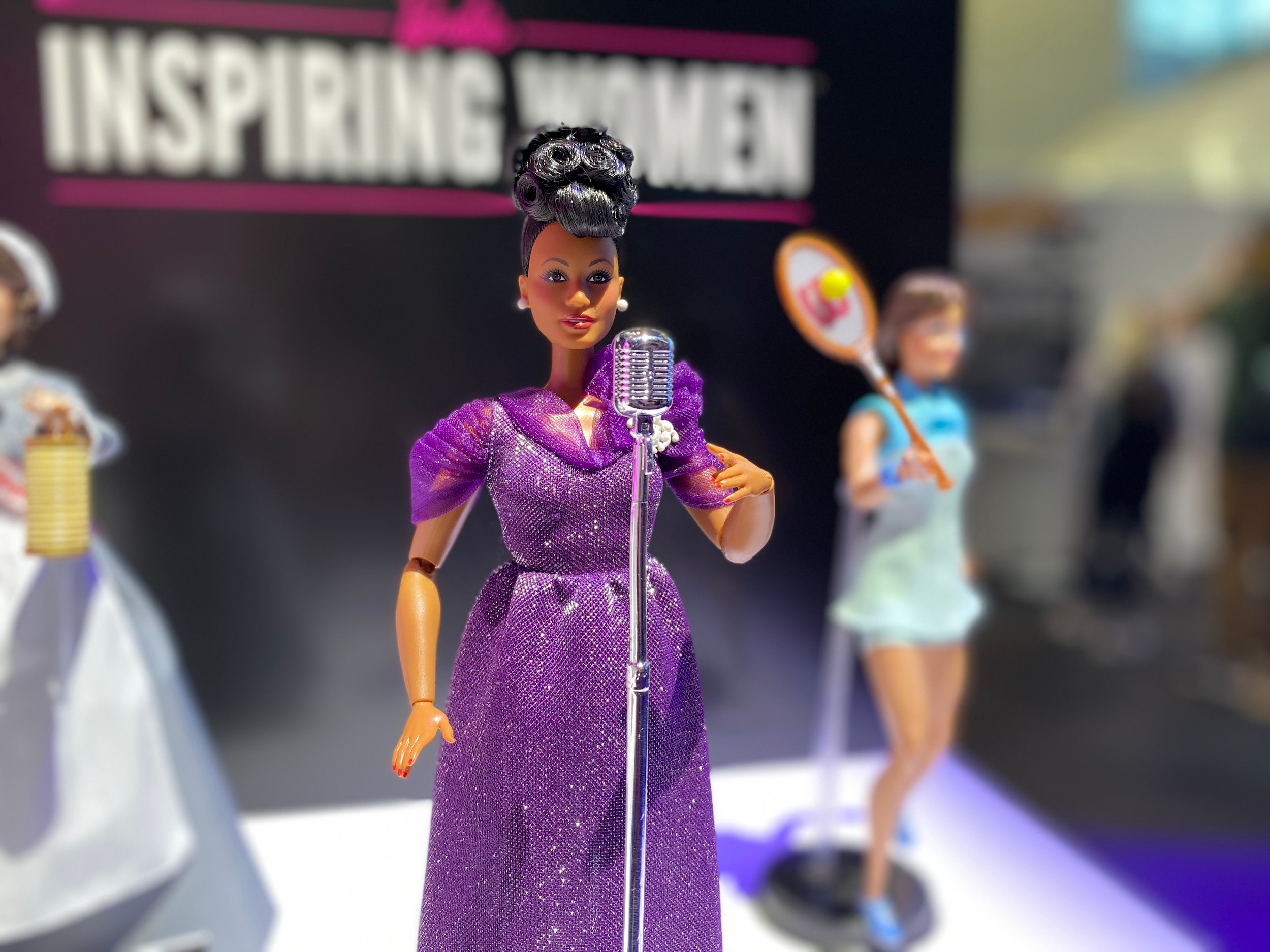 Wearing a shimmering, deep purple gown and an elegant updo with well-defined curls, the Ella Fitzgerald Barbie doll comes with a silver, vintage microphone.  Following a chance opportunity to perform at the famous Apollo Theater that started her singing career, Fitzgerald went on to become the most recorded female in history and one of the most popular and beloved jazz singers in the world. She also created the Ella Fitzgerald Charitable Foundation, which helps children and communities by fostering a love of music and reading. 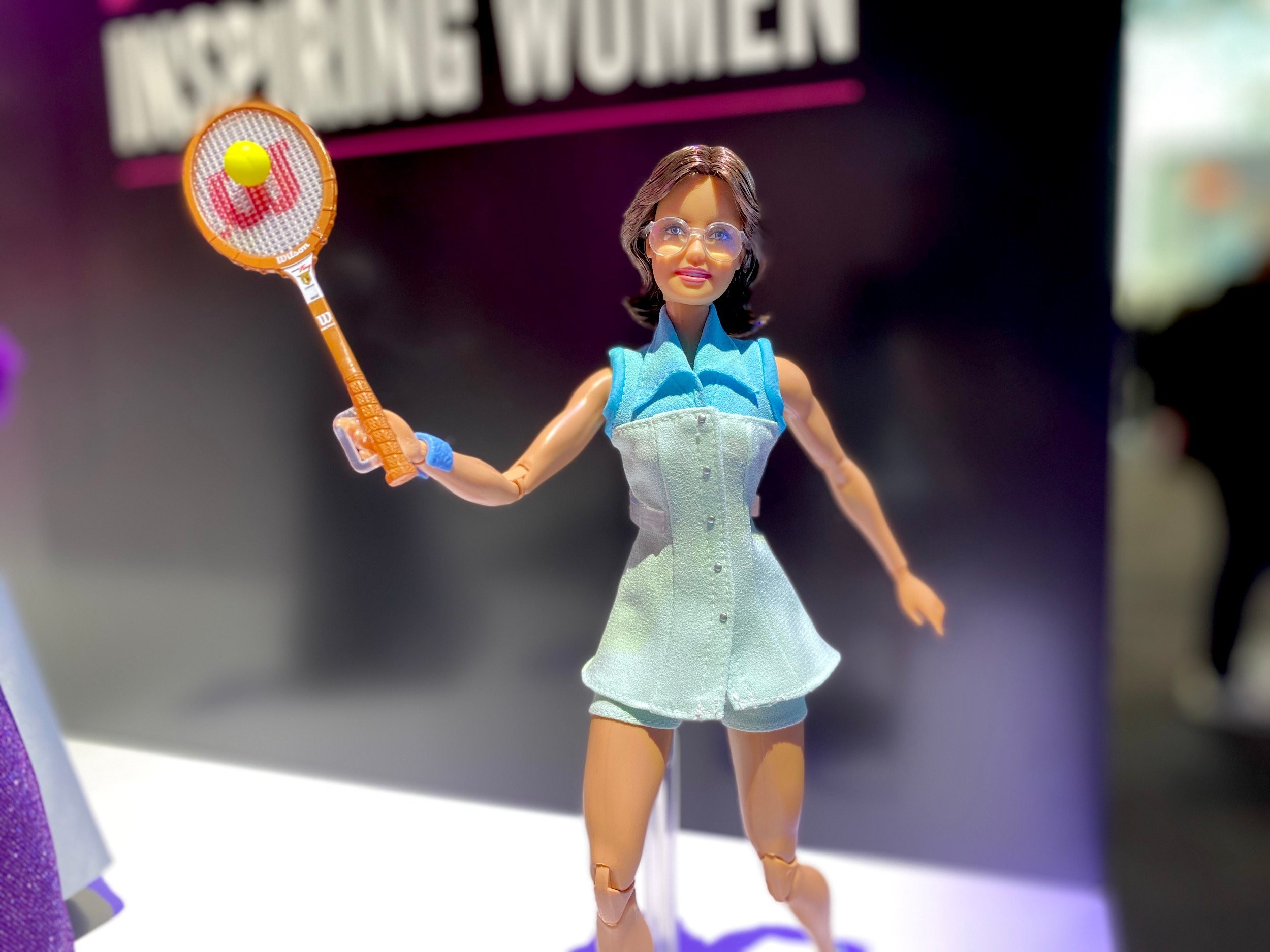 Dressed in a two-tone blue and green tennis dress, the Billie Jean King Barbie doll is wearing the athlete’s iconic eyeglasses and a pair of comfy blue tennis shoes. Completing the doll’s getup are a Wilson racket and a tennis ball. Even before winning her first major tennis championship title in 1961, King has championed women’s equality in sports. In 1973, during a globally televised match dubbed as the Battle of the Sexes, King defeated a formidable male rival and proved that women can get to anywhere they want to be. 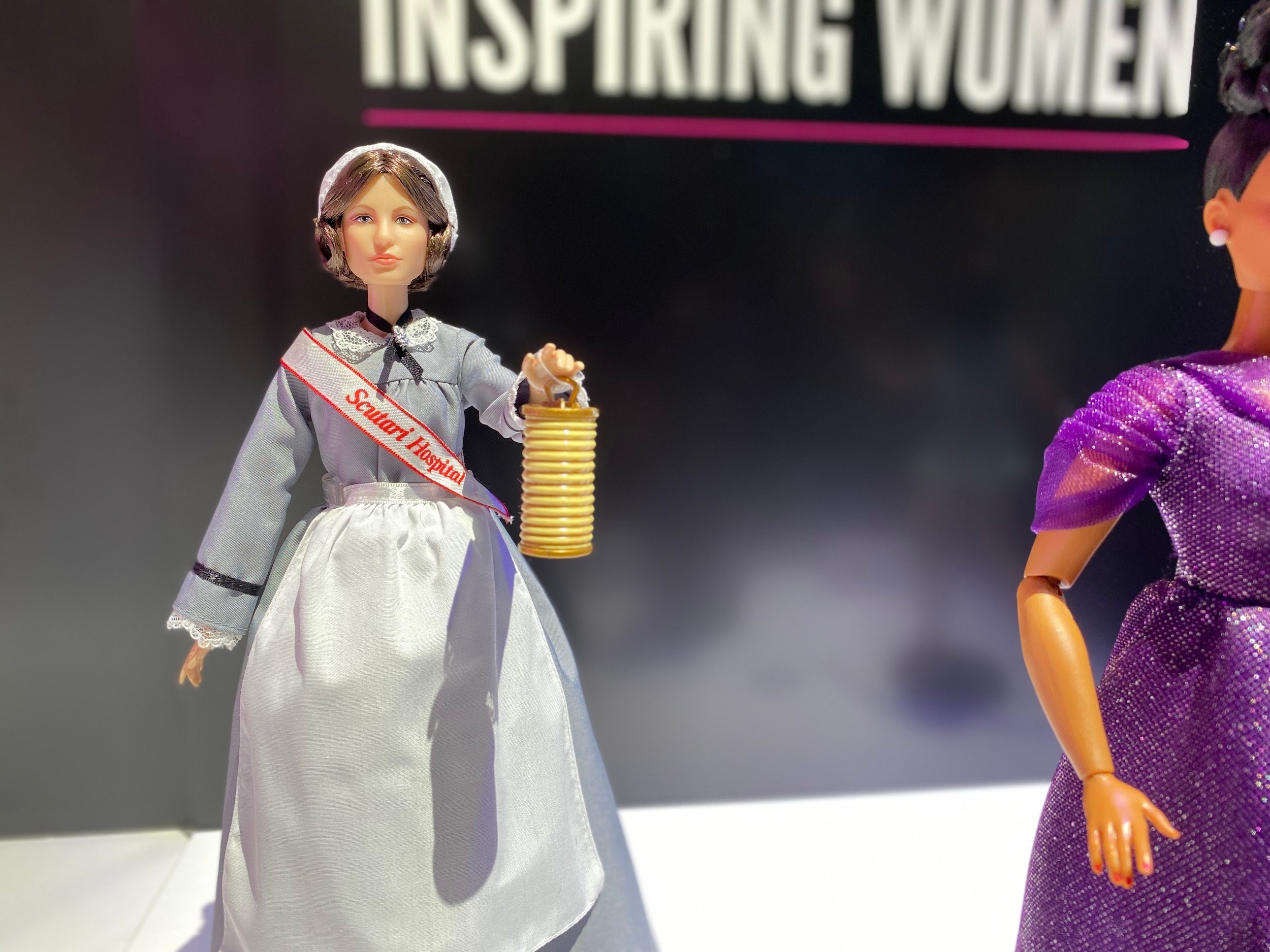 The Florence Nightingale Barbie doll is decked out in a 19th-century nurse’s uniform. The toy is also holding a lamp and is wearing a sash printed with “Scutari Hospital,” where she worked during the Crimean War. Enrolling as a nursing student in 1850, Nightingale made it her mission to improve hospital efficiency and standards in patient care. And though she eventually became bed-ridden due to a chronic illness, Nightingale refused to give up and used her training as a statistician to write books that launched reforms in healthcare. In 1860, she established the Nightingale Training School, which helped changed the negative attitudes towards women entering the field.

Priced at $29.99 each, the three dolls are now available for pre-order at Barbie’s website and at other major retailers such as Amazon, Target, and Walmart. Shipping is slated for March.

Debuting in 2018, Barbie’s Inspiring Women series is part of the toy brand’s attempt to address the dream gap, a phenomenon where young girls are held back from living up to their full potential due to social constructions that women are less capable and valuable than men.

According to an email to Bustle, Barbie and its parent company, Mattel, have plans on partnering with more global role models later this year.