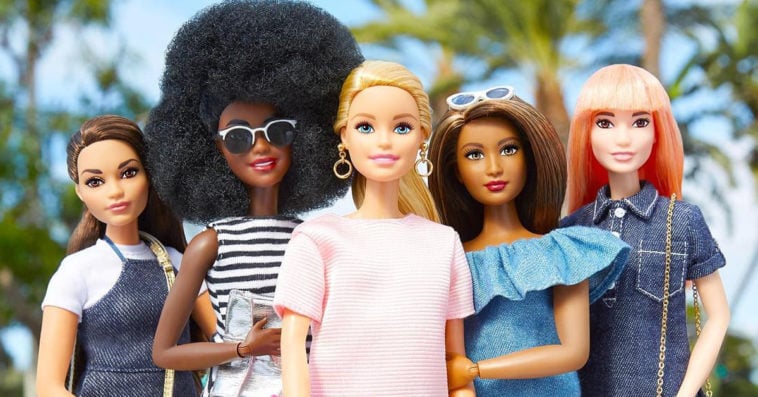 Andrea Katelnikoff of Saskatoon, Canada is living in her own Barbie Dreamhouse.

According to a feature by CBC News, Andrea got her first Barbie doll in 1988. It was a Christmas present from her husband, Garry, who gave her another one as a gift for her birthday the following year. Andrea was in her early 30s at that time, and now that she’s 66, the number of Barbie dolls she owns has climbed to about 3000.

ICYMI: A Saskatoon woman lives in her own Barbie dreamhouse. The CBC's @vicdinh takes us on a tour. Spoiler alert: she has more than 3000 dolls!https://t.co/e9Vj2yTxRG pic.twitter.com/LTchQq59Py

Andrea told the news outlet that her Barbie doll collection is a representation of the things she didn’t have growing up. “I had five brothers, so it was all boys stuff,” Andrea recalled. “Then I had three [sons]. I needed something that was girlish, and here we are.”

But Andrea isn’t the only one behind her ever-growing fashion doll collection. Garry admitted to the news outlet that he was “probably more guilty” than Andrea in buying more Barbie dolls, as he would often come home from work trips with a dozen of Barbie dolls to add to his wife’s collection.

When asked why he keeps on purchasing more Barbie dolls, Gary said that “it’s a good investment.”

What’s this all about? I’ll take you to this house in #yxe on Tuesday! Hear it on @CBCSaskatoon Morning, 94.1FM w/ @jenkew from 6-8:30a.m. #Saskatoon #Sask #Barbie #artsyteaser pic.twitter.com/h1nWsPcQ10

Though most of Andrea’s Barbie dolls are in boxes, she said that she actually got some of them at garage sales. After purchasing, Andrea dresses them up and fixes their hair before putting them in different parts of the house. But 10 years ago, when her collection began to occupy bigger spaces in their house, the couple decided to add a second floor to their house to accommodate all of the dolls.

“Downstairs was dolls. I wanted my house back,” Garry said. “I didn’t want to see dolls all the time. So I said, ‘Let’s build.’”

Andrea also suffered a heart attack earlier that year, so Garry really made sure that the house extension would push through as he believed that it would help her in her recovery. “She just had hatred on for the world [after her heart attack] so … I figured I’d try to do something to get her going again,” Garry explained.

The second floor, which includes a Barbie-themed bathroom, expanded their home by three bedrooms with about 700 square feet. Most of Andrea’s Barbie dolls are now displayed on the second floor, leaving a majority of the first floor doll-less.

To learn more about Andrea and her 3000 Barbie dolls, watch the video and listen to the audio clip below: