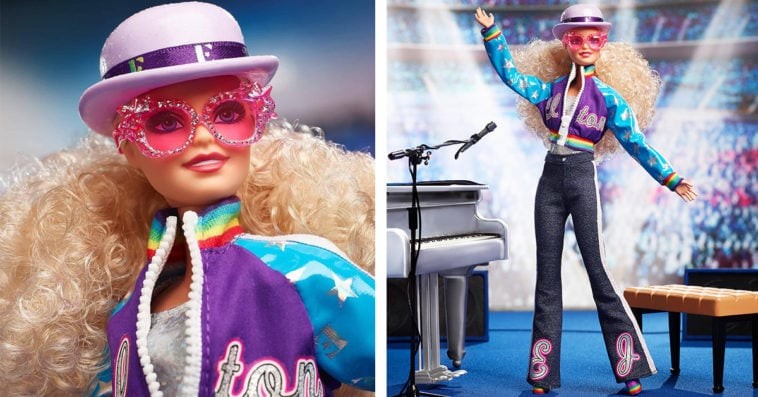 Elton John now has his own Barbie doll, and though it doesn’t look like him, the toy is styled in his likeness.

Rocking a chest-length curly blonde hair, the 12-inch tall Elton John Barbie doll wears a glittery top and flared denim pants with the singer’s initials “E” and “J” emblazoned on the front of each leg. On top of her sparkling innerwear is an “Elton”-embossed bomber jacket with star-printed sleeves and rainbow-striped collar, hem, and cuffs. Completing her flashy retro outfit are rainbow-striped platform boots, a purple bowler hat, and pink-tinted sunglasses. The rainbow stripes on both the jacket and boots are a nod to John’s decades of activism for the LGBTQ community. 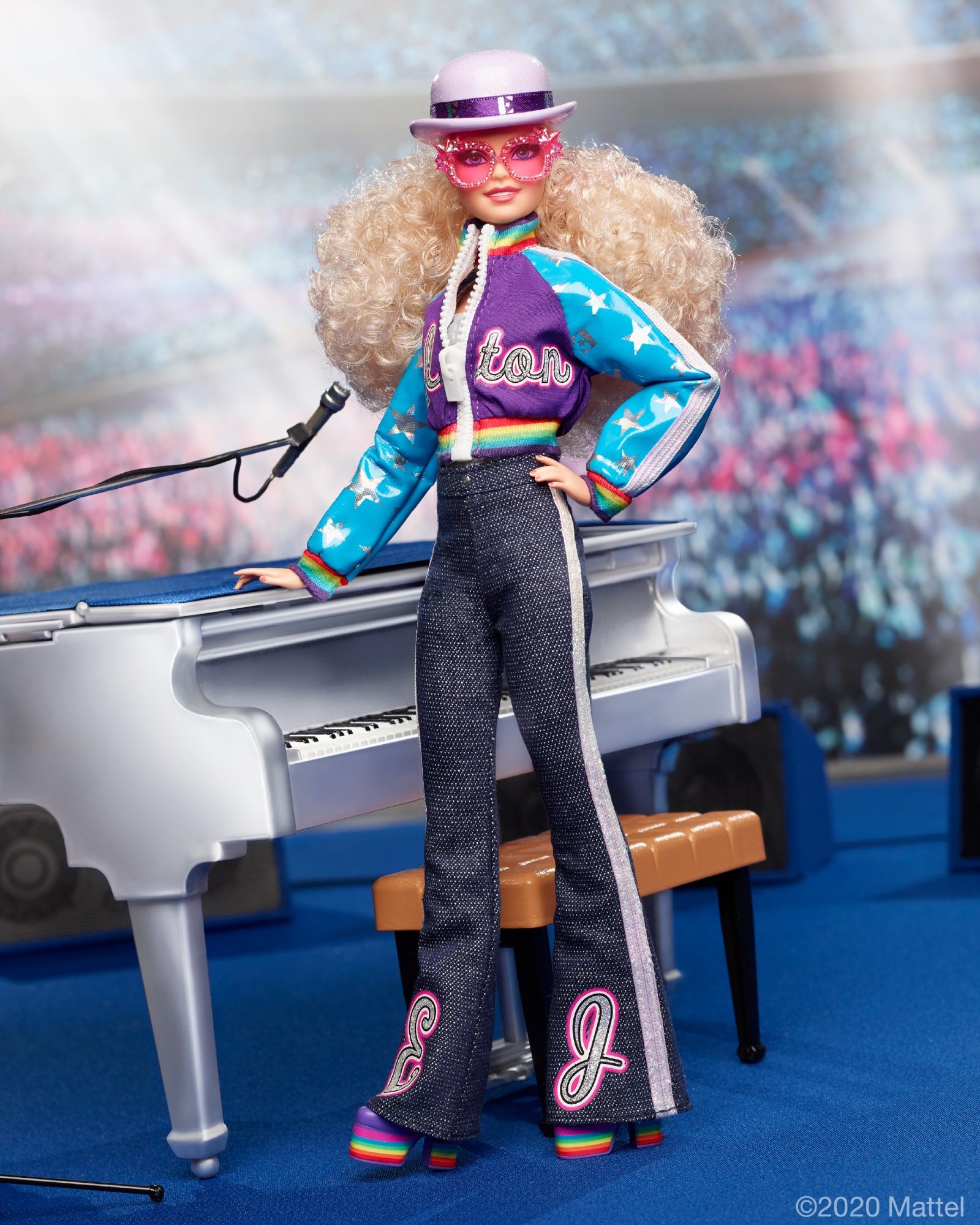 The Grammy-winning artist was hands-on on the development of the doll. In an interview with People, John revealed that he was very much involved in picking out the toy’s attire, which was largely inspired by his wide selection of sunglasses.

“I’ve managed to accumulate quite the collection of sunglasses over the years – I think over twenty thousand pairs,” shared the Tiny Dancer hitmaker. “When working with Barbie to create her head to toe look, I took inspiration from all of my favorite pairs I have worn over the years, and envisioned a Barbie pink with a bit of my flare. I think we nailed the final look.” 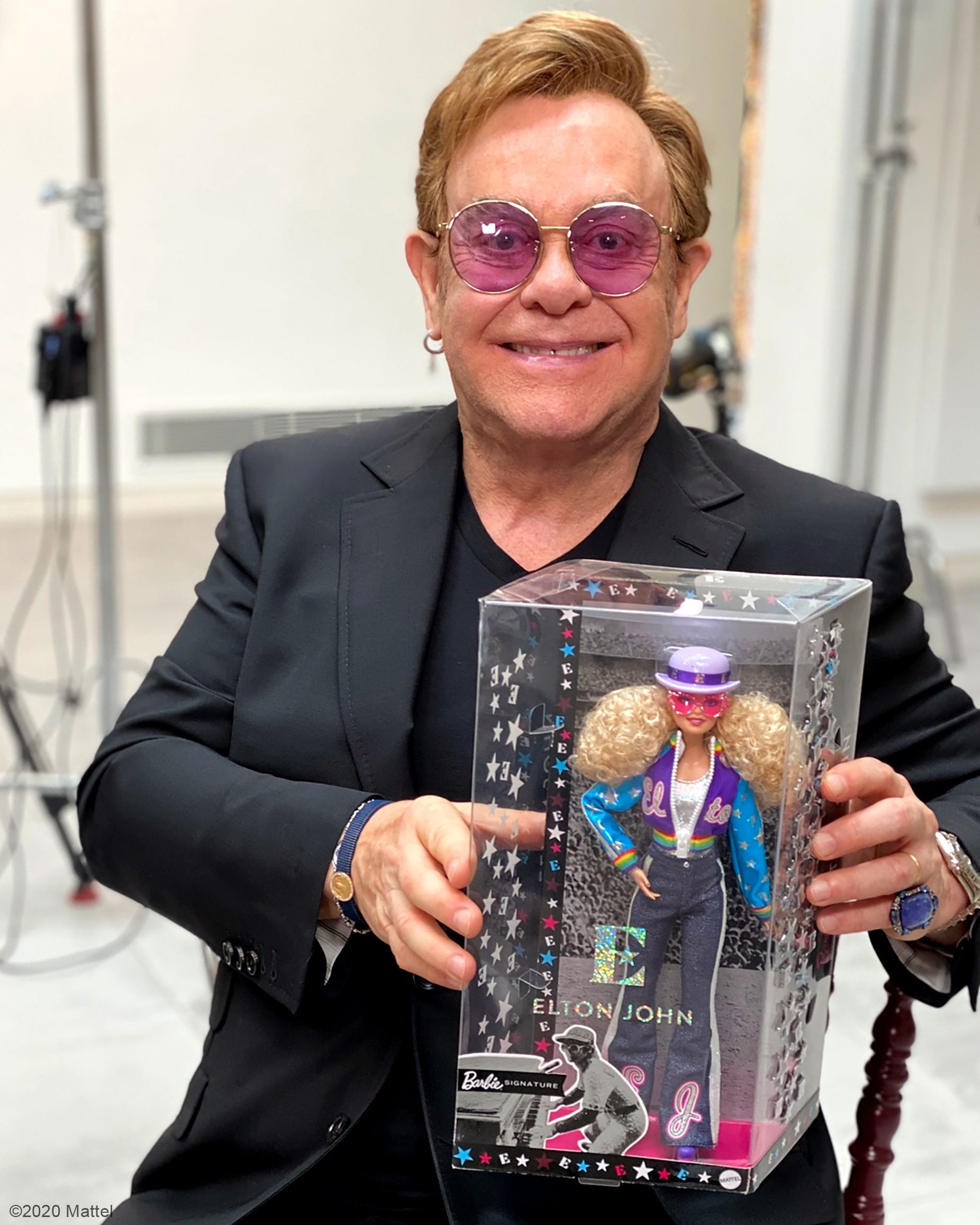 In a statement to Rolling Stone, John said that it was a pleasure to lend his name and image to the global toy brand. “Barbie is an icon in her own right, so having her pay tribute to my work and personal style is a real honor,” John said. “I hope that she inspires fans everywhere to fearlessly pursue their own dreams and limitless potential.”

The limited-edition Elton John Barbie doll was launched on Thursday ― three days before the 45th anniversary of the musician’s historic 1975 Dodger Stadium concert, which, at that time, broke a world record for the largest single artist concert ever. 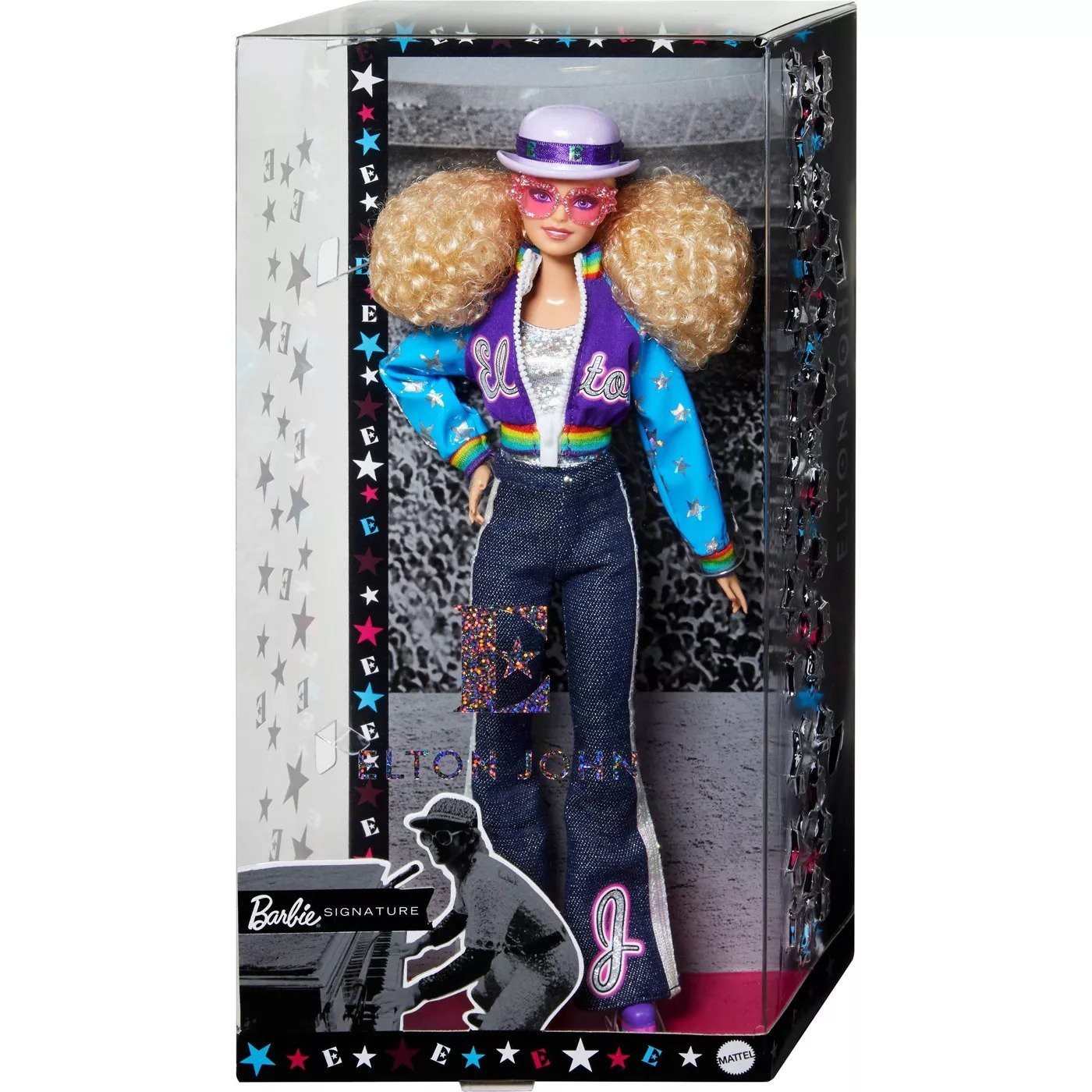 Priced at $50, the Elton John Barbie Doll comes in a specially designed packaging and includes a doll stand and a certificate of authenticity. The doll is currently available at Barbie.com, Target, and Amazon.