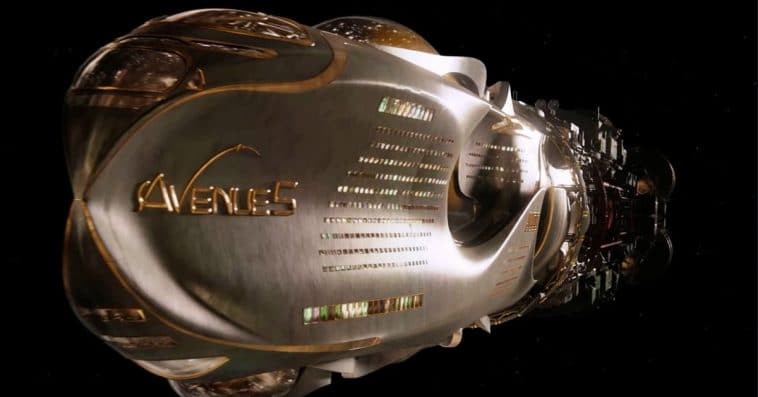 The first trailer for HBO’s space comedy series Avenue 5 is out and it looks like the upcoming show is going to be a riot.

Created by Veep creator Armando Iannucci, Avenue 5 is set 40 years in the future and centers on the titular space cruise ship led by the sharp yet affable Captain Ryan Clark (Hugh Laurie). The teaser opens with Captain Clark sending good vibes to his crew at the control room, before going on a stroll around the ship, warmly greeting passengers, with Avenue 5 associate owner Iris Kimura (Suzy Nakamura).

The trailer then introduces the billionaire owner of Avenue 5, Herman Judd (Josh Gad), who apparently thinks of himself as superior to others because of his enormous wealth.

Everything is going great in the ship until something wrong happens below the decks, causing the ship to turn to one side. Captain Clarke, Iris, Judd, and Avenue 5 second engineer Billie McEvoy (Lenora Crichlow) quickly assemble for a closed-door emergency meeting, where they try to determine who “fucked up.”

Meanwhile, Matt Spencer (Zach Woods), head of customer relations for Avenue 5, attempts to calm down the passengers that have started to panic. But since, he’s also a little bit tense, everything he says doesn’t really help. “This is a safe space, emotionally. Physically, we’re obviously in terrible danger,” Matt tells a group of passengers, making them scared than ever.

While it’s not clear how the show will play out, many expect that it’s going to include some smart social commentary and a hefty dose of satire just like Veep.

Avenue 5 is set to premiere in January on HBO.