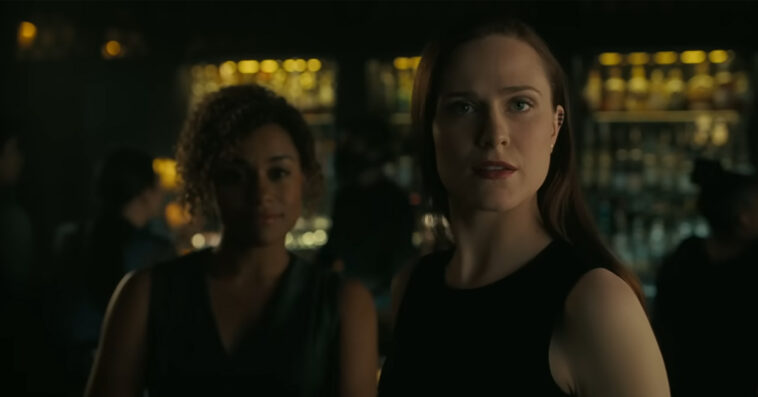 The first footage from the highly anticipated Westworld season 4 has been released.

HBO dropped the first teaser trailer for Westworld season 4 on Tuesday. Released roughly two years after the sci-fi drama’s season 3 finale, the two-minute video is light on details but heavy on atmosphere. Set to Lou Reed’s Perfect Day, the trailer shows disconnected shots from the upcoming season. Featuring zero dialogue, the video starts with glimpses of peaceful moments and soon descends into madness, showing a number of disturbing images, including a cracked-face robot vomiting insects, a fly entering a man’s eyes, and walls painted in blood.

Whatever those troubling scenes mean, it’s safe to assume that writers and co-creators Jonathan Nolan and Lisa Joy have prepared another mind-bending season for fans.

Surprisingly, the teaser video also reveals the return of Evan Rachel Wood as Dolores. As fans can remember, Dolores sacrificed herself at the end of season 3, ultimately passing the robot revolution torch to Maeve (Newton) and Caleb (Paul) before getting her AI erased. But the character’s shocking appearance in the trailer suggests that she probably has backups to her backups, making her resurrection possible.

The trailer also introduced a new character. While details on this character are yet to be revealed, HBO confirmed that it is played by Oscar-winner West Side Story star Ariana DeBose. At one point in the trailer, DeBose’s mystery character is seen behind Wood’s Dolores.

Shortly after the trailer’s release, HBO unveiled a photo of DeBose’s character, which you can see below:

Season 4 plot details are scarce, but in true Westworld style, HBO left fans with a short and cryptic description for the new season: “A dark odyssey about the fate of sentient life on earth.”

As revealed at the end of the trailer, the eight-episode season 4 of Westworld is set to premiere on Sunday, June 26th at 9 p.m. ET on HBO. The new season will also be available to stream on HBO Max.