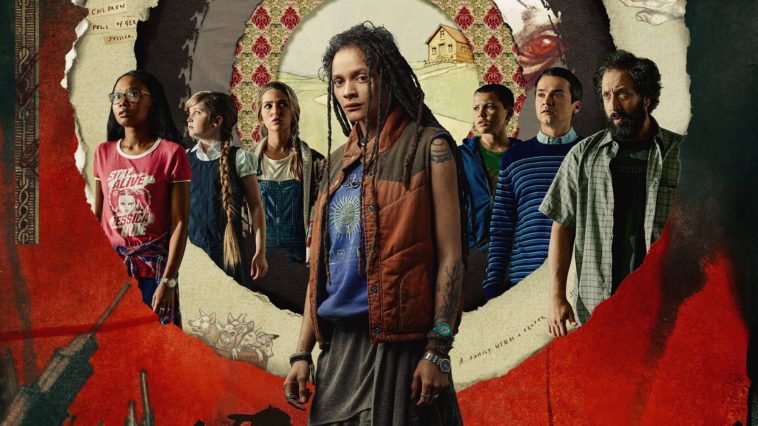 Update (November 27th): Amazon has canceled Utopia after a single season. The streamer service didn’t release a statement explaining the show’s cancellation, but the sci-fi drama only holds an approval rating of 51% based on 45 critic reviews on Rotten Tomatoes, which may have factored into Amazon’s decision not to order a second outing. Apparently, the series ― which premiered just this September ― also failed to register with audiences, and its pandemic-themed plot may be partly to blame.

Original Story (October 20th): American remakes of popular British TV shows are hardly a new phenomenon, and the creative team behind Amazon’s Utopia would have been aiming for the quality of The Office, Shameless and House of Cards rather than The Inbetweeners, Cold Feet or Coupling.

The original version only ran for twelve episodes split across two seasons that aired between January 2013 and August 2014, but proved popular enough to gain a strong following as a visually dazzling and ambitious cult favorite, even though Utopia found itself being subjected to many complaints about violence, strong language and the younger members of the cast being involved in scenes of a distinctly adult nature.

The series wasn’t so beloved as to be untouchable, and was originally in development at HBO with David Fincher set to direct. However, after the filmmaker dropped out over creative and budgetary disputes, a more than capable replacement was found in Gillian Flynn.

All three of the author’s novels have been adapted for either film or television, and Flynn herself tackled the script for Fincher’s Gone Girl, which landed her a Golden Globe nomination for Best Screenplay and presumably set off a chain reaction that ended up with Utopia falling into her hands.

The show was ordered straight to series by Amazon, with the streaming service announcing that the first season would be comprised of eight episodes, and Flynn would script the entire run while Toby Haynes, Susanna Fogel, Courtney Hunt and J.D. Dillard would all direct.

The plot largely hits the same beats of the original, and follows a group of people who meet online and obtain a copy of a cult graphic novel that has severe consequences for their real lives, as they find themselves the target of a secretive organization called The Network, drawing them into a global web of conspiracy and mystery.

An impressive cast was assembled with John Cusack and Rainn Wilson the veterans among the ensemble, with rising stars like Gotham’s Cory Michael Smith, The Blacklist and The Purge’s Fiona Dourif and American Honey breakout star Saha Lane also boarding the project.

Filming wrapped in October of last year, but due to the ongoing global health crisis the post-production process took a lot longer than expected, and Utopia finally premiered on Amazon last month. The reactions were more mixed than the studio would have been hoping, despite the cast coming in for widespread praise, although the general consensus seemed to be that any further seasons stood a much better chance of success now that the world-building is out of the way.

The violence is still coming under fire for being needlessly graphic, and a lot of people don’t seem to be sold on the idea of a TV show with a heavy focus on a deadly pandemic providing a dose of escapism given current events. That being said, Amazon have invested heavily into the project so they’ll no doubt be looking for it to stick around for a while yet.

A second season hasn’t been officially ordered as of yet, but as the numbers start to roll in and get crunched, all signs seem to be pointing in the direction of Utopia eventually returning to our screens.