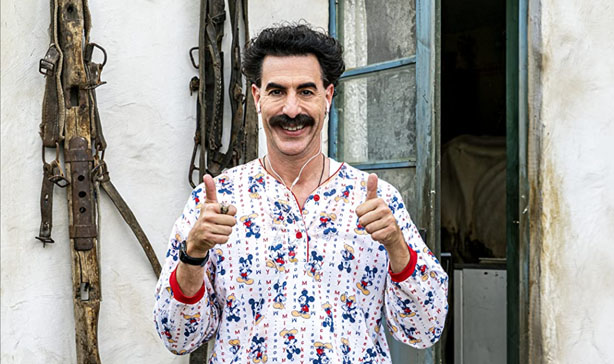 Once again, Sascha Baron Cohen finds himself in hot water and facing a lawsuit thanks to his on-camera antiques and skits. This time, it’s for the Borat Subsequent Moviefilm that was just released, although the case was dismissed quite quickly.

The legal complaint was filed by the surviving family of Judith Dim Evans who was a Holocaust survivor that is seen in the film. Unfortunately, she passed away even before the film was released.

WSB-TV Atlanta told Comicbook.com that Evan’s daughter claims the film’s producers ‘tricked her mother’ into taking part in the movie without really telling her what the film was entirely about — even to the point that Evans’ signature on the release form was forged.

“My mother is a person that would never be participating in this and would never play the game if she would know what it was about. She was an incredible woman and very intelligent,” Evans’ daughter Michelle Dim St. Pierre said.

But then Fulton County Georgia Judge Kevin Farmer dismissed the case due to ‘several defects in the plaintiff’s case’, as reported by Deadline.

“The lawsuit was dismissed, unconditionally. The lawsuit is over,” according to a statement by Amazon attorney Russell Smith. “Sacha Baron Cohen was deeply grateful for the opportunity to work with Judith Dim Evans, whose compassion and courage as a Holocaust survivor has touched the hearts of millions of people who have seen the film. Judith’s life is a powerful rebuke to those who deny the Holocaust, and with this film and his activism, Sacha Baron Cohen will continue his advocacy to combat Holocaust denial around the world.”

Deadline even adds that Dim Evans was ‘clued in on the gag after it was shot’ and that there’s footage of this explanation. It was also revealed that Evans was made known that Cohen is actually Jewish and that he was playing an ignorant character to somehow educate people and challenge the anti-Semite.