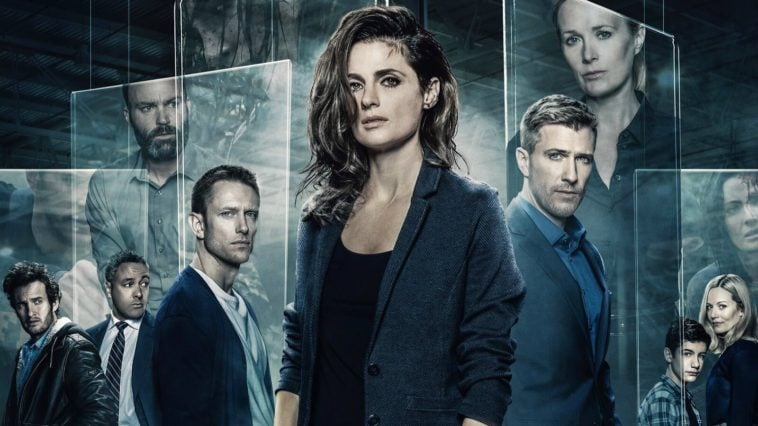 In the current Golden Age we find ourselves in, any show has to be pretty spectacular to stand out among the crowd and capture the imagination, especially when there’s so much great TV available everywhere you look. That’s arguably even more true of the procedural, which has become almost ubiquitous as one of the most heavily-used forms of episodic storytelling across almost every network and streaming service, but Absentia has seemed on the brink of breaking out in a big way for a while now.

The plot focuses on Stana Katic’s FBI agent Emily Byrne, who vanishes without a trace while on the hunt for one of Boston’s most infamous serial killers, and with no body or visible sign of her whereabouts, she’s legally and officially declared dead. However, six years later she’s found in a remote cabin with no memory of what’s happened during the intervening period. Returning home, Emily discovers that her husband has remarried and her son has accepted his stepmother as the main maternal figure in his life. If that wasn’t enough, she’s also seemingly implicated in a new series of murders that start happening with increasing regularity.

In terms of a unique premise and interesting setup to differentiate itself from the dozens of other procedurals out there, Absentia has a fantastic hook. The premiere instantly piled mystery on top of mystery and then proceeded to wrap all of them in a thick layer of intrigue, and if you found yourself enthralled by the first episode then there were plenty of reasons to come back for more.

The show found an all new and much bigger audience when Amazon Prime picked it up for worldwide distribution, and the fanbase has only grown bigger over the last three seasons. While the last run of episodes looked to have tied up the majority of dangling plot threads and could feasibly serve as the series finale, there’s also plenty of narrative ground left to cover should creators Gaia Violo and Matt Cirulnick be given the green light to continue crafting further adventures for the dogged protagonist.

As an Amazon exclusive, Absentia might stand a better chance of officially being renewed for a fourth season given that the streaming service are relatively light on original procedurals, mysteries and thrillers, and the show coincidentally happens to be a solid blend of all three. As the competition heats up, the powers that be will be looking to capitalize on pre-existing content with a built-in audience, which could stand the show in good stead given that it always feels like being just on the verge of seeping into the public consciousness.

Season 3 dropped in July of this year, and so far there’s been no word about whether or not more episodes have been ordered. Streaming services are notoriously secretive about viewership numbers, and Amazon barely publicize the ratings for any of their original efforts outside of The Boys, so it could be a while yet before word trickles down about whether or not Absentia will be back.