Xiaomi has unveiled its latest series of flagship smartphones. True to the rumored September release date, the company is introducing three new models joining its 11-series lineup — the Xiaomi 11T, 11 Lite 5G NE, and the 11T Pro, and the latter comes with super-fast 120W charging.

Leading the pack with top-of-the-line specs is the Xiaomi 11T Pro. Powered by a flagship Snapdragon 888, the 11T Pro also offers a new standard in fast charging with the industry-first 120W HyperCharge technology. With this, the 11T Pro is able to reach a full charge of its 5,000mAh battery in just 17 minutes. Xiaomi also says that a 10-minute charge is capable of up to 11 hours of calling, 7 hours of video playback, or 2 hours of video recording at 1080p.

Cameras come in the form of a triple rear setup headlined by a 108-megapixel wide-angle camera. It’s accompanied by an 8-megapixel ultra-wide and 5-megapixel macro. Recording maxes out at 4K with support for HDR10+ and an Audio Zoom feature that enhances audio when zooming in with the camera.

Fronting the 11T Pro is a 6.67-inch AMOLED FHD+ DotDisplay with a high 120Hz refresh rate. Xiaomi boasts of an A+ rating for the display by the most trusted rating agency in the industry, DisplayMate. The rating ensures that the 11T Pro’s display passed a series of strict quality tests for different criteria. Additionally, it has Corning Gorilla Glass Victus for protection against drops and scratches.

The 11T Pro comes equipped with dual speakers with sound by Harmon Kardon and support for Dolby Atmos for an immersive entertainment experience. Additional features include 5G and Wi-Fi 6 support. 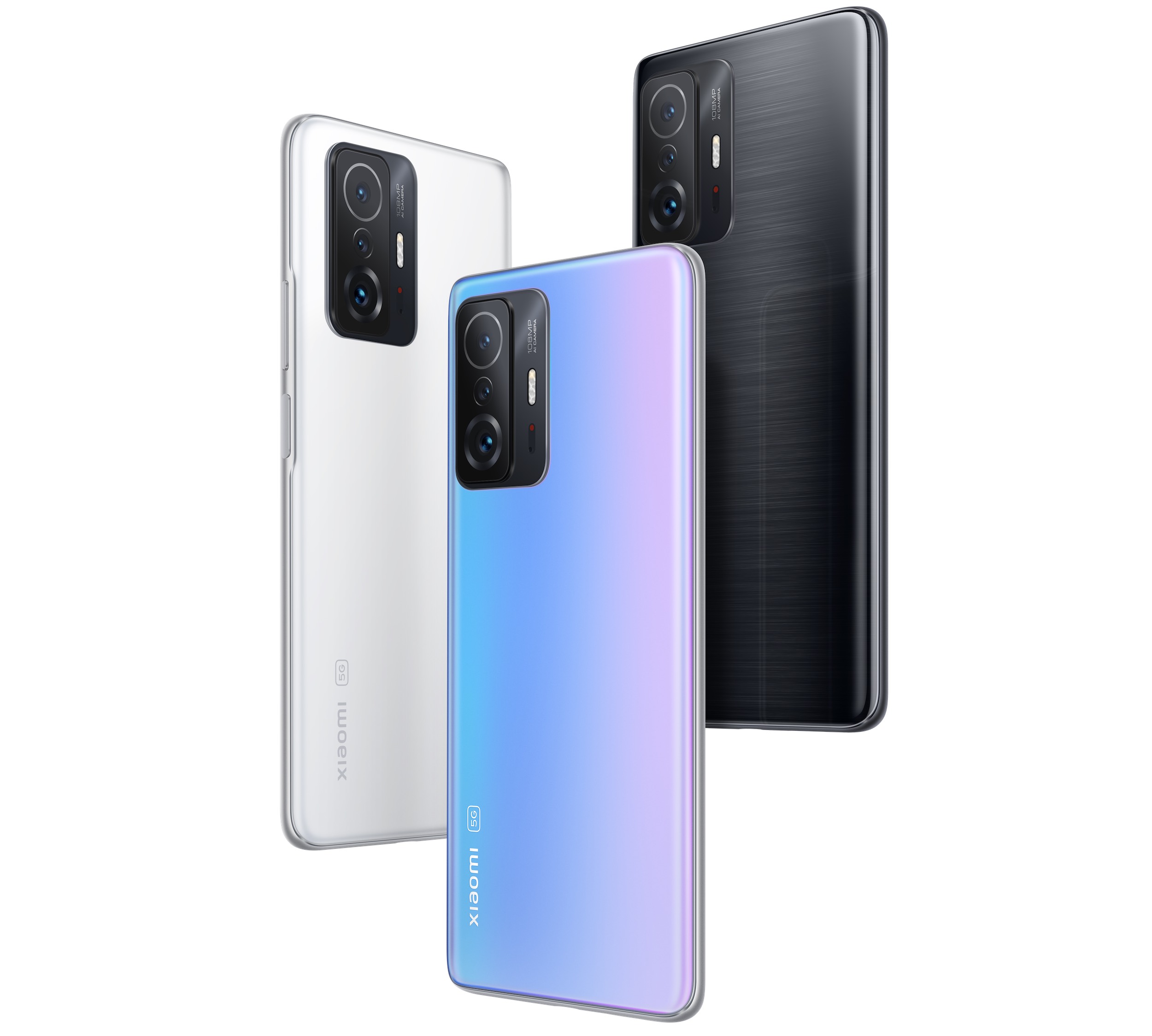 On the heels of the Pro variant is the Xiaomi 11T. This variant has a couple of similarities to its Pro sibling including its triple rear camera setup consisting of a 108-megapixel main, 8-megapixel ultra-wide angle, and 5-megapixel telemacro camera. It also has a 6.67-inch 120Hz AMOLED FHD+ DotDisplay panel upfront.

The 11T swaps out the Snapdragon 888 processor for a MediaTek Dimensity 1200-Ultra which should be able to supply a similar experience to its Snapdragon counterpart. There will be two storage options for the 11T, 128GB and 256GB, and both come with 8GB of RAM. Sound comes from its dual speakers using Dolby Atmos technology.

Charging is also downgraded to a still very capable 67W for wired charging. It similarly has a 5,000 mAh battery capacity and offers the same colorways.

Last but not least is the Xiaomi 11 Lite 5G. This variant boasts of an ultra-slim and ultra-light design at just 6.81mm thin and 156g for its weight. The slimmest and lightest of Xiaomi’s 5G smartphones, this model also brings back the Truffle Black, Bubblegum Blue, and Peach Pink colors and adds a new one to the mix — Snowflake White.

Powering the phone is a Qualcomm Snapdragon 778G processor which offers 6th generation Qualcomm AI technology. Imaging is handled by a triple rear setup consisting of a 64-megapixel main, 8-megapixel ultra-wide, and 5-megapixel macro. It has a 20-megapixel front-facing camera for selfies.