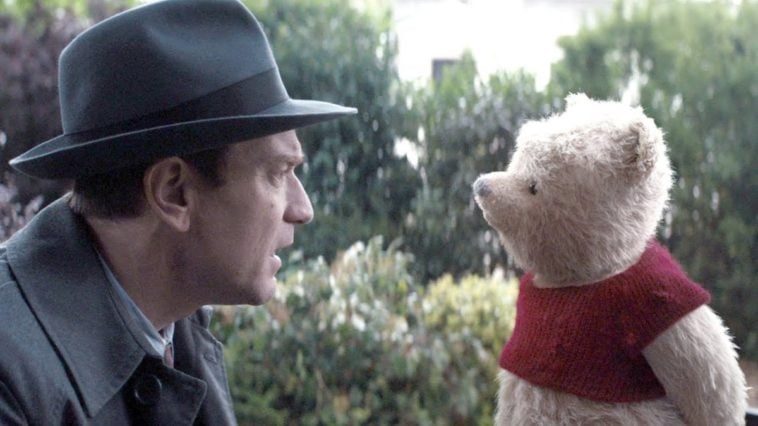 This might be the most adorable trailer you’re going to see all year. Get ready to grab a big ol’ handful of honey-drenched nostalgia, as Winnie the Pooh and all of his friends return to the big screen as part of the new Christopher Robin movie.

Interestingly enough, Christopher Robin Milne wasn’t actually that fond of the books and said himself that he had  love/hate relationship with the fictional version of himself.

It’s a live-action movie and Ewan McGregor plays the adult version of Christopher Robin. The trailer shows Robin as a busy businessman, who is struggling to find the balance between his family life and his work.

His imagination is all but gone and it’s all looking a bit grey for Robin. He stays in the city, feeling very lonely, as his family go on vacation in the countryside.

So far, so McGregor… we’re half expecting him to run through the streets chasing the bear to an Iggy Pop soundtrack.

However, that is where it all turns to Pooh… Winnie The Pooh that is. The whole gang from the Hundred Acre Wood come into play, with Tigger, the kangaroo Kanga, the piglet Piglet, and the donkey Eeyore all making an appearance in the film.

It is coming out later this summer. We don’t know about you guys, but we are interested in seeing how it translates to the big screen as a live-action movie.

If the trailer is anything to go by, it will be brilliant.