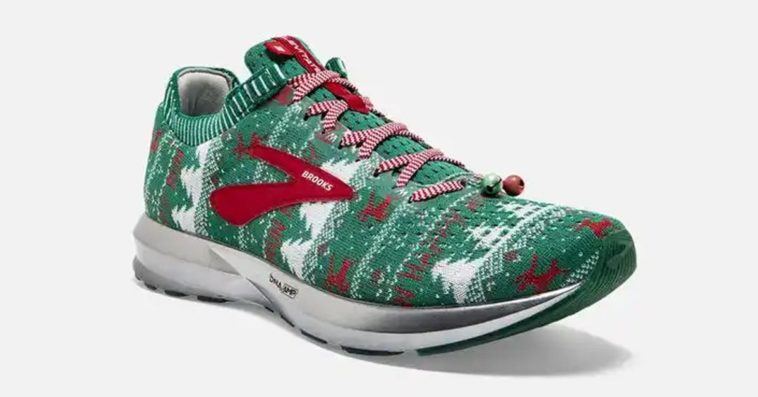 The ugly Christmas sweater trend, which is showing no signs of slowing down, has just made its way to footwear.

To celebrate the holiday season, sports brand Brooks Running released a Christmas edition of its popular Levitate 2 shoes. Though officially called as Ugly Sweater Levitate 2, these running shoes are not ugly at all. 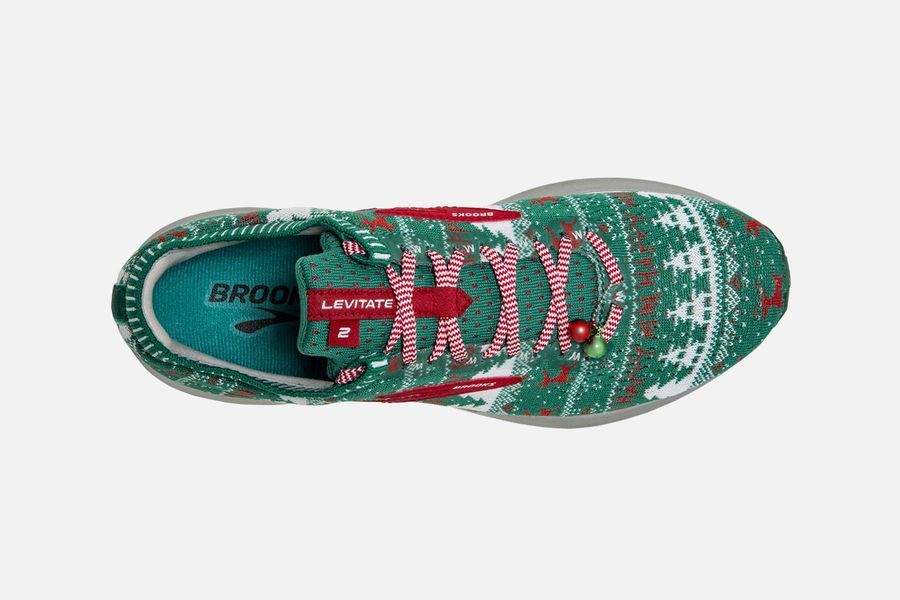 Bearing a classic ugly Christmas sweater motif, the knit upper of the shoes features a green backdrop, white Christmas trees, and red reindeers. The shoes also feature a couple of tiny removable jingle bells and laces that look like candy canes with their red and white striped design.

Despite its quirky looks, Ugly Sweater Levitate 2 are serious running shoes which boast a “super springy DNA AMP cushioning, plus a softer, more flexible Fit Knit upper.” Each pair sells for $150, and buyers will receive a free gift of their choice between a holiday tee, socks, or beanie to match their new shoes.

The Ugly Sweater Levitate 2 shoes have been so popular that the Brooks Running website is already sold out of the men’s version. “Unfortunately they sold out fast,” Brooks Running CEO, Jim Weber, told Q13 Fox via Twitter on Thursday. “We will repeat next year!”

While the Brooks Running website no longer has any of the men’s version, the company’s official Twitter account said that there might still be a few stores out there with them available. “Search: Holiday Levitate 2, and you may be able to find a pair!” read the company’s tweet.