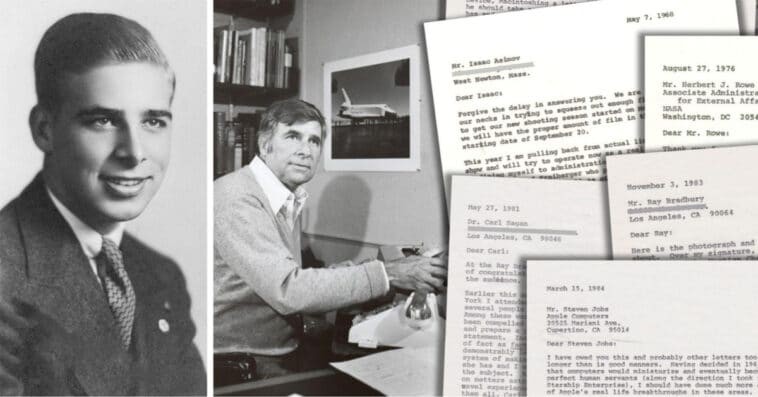 A project that will collect and preserve the legacy of Star Trek creator Gene Roddenberry has officially been announced on Thursday, one week before the centennial anniversary of his birth on August 19th.

Aside from cataloguing key texts and documents from Roddenberry’s life and career, The Roddenberry Archive will also canonically memorialize quiescent reference 3D models of the Starship Enterprise  – including studio models as filmed on set and life-size 1:1 scale “in-universe” versions. It will also map out iconic reference designs from the Gene Roddenberry era of Star Trek – which includes Star Trek: The Original Series, the first six Star Trek movies, and Star Trek: The Next Generation as well as its direct spin-offs.

With the use of OTOY’s blockchain GPU computing network called RNDR, The Roddenberry Archive will capture deep 3D asset metadata from assets, images, blueprints, and models. The archive will also use OTOY’s LightStage Academy-Award-winning facial scanning service to capture original studio and physical assets at the highest level of photographic fidelity.

Serving as a creative consultant on the project, Beeple will work with legendary painter and illustrator Alex Ross to help commemorate The Roddenberry Archive and cross-link it to their respective RNDR Archives, which were both announced earlier this year.

With the help of LightField Lab, The Roddenberry Archive will also recreate a projected life-sized representation of the Starship Enterprise indistinguishable from reality on one of the world’s first fully immersive holographic installation experiences.

In a press release, Roddenberry’s son, Rod, said that he cannot think of a more capable and innovative company to spearhead the project than OTOY. “OTOY’s work will allow generations to experience my father’s contribution to humanity with the greatest historical accuracy possible,” said Rod. “This project will protect an optimistic vision of the future, that has inspired so many and remains so important today.”

In the same news release, OTOY founder and CEO of Jules Urbach explained why The Roddenberry Archive is also personal to him.

“When watching Star Trek, I was inspired by Gene Roddenberry’s belief in human ingenuity, creativity, and imagination to leverage technology to push the boundaries of what we can accomplish as a civilization.” Urbach said. “At OTOY, our mission to develop technologies that empower artists to realize their creative visions is deeply inspired by Gene. It is an absolute honor to use these same technologies to preserve and bring his legacy to life for future generations. Growing up with Rod and spending so much of my formative years in the Roddenberry household makes this a deeply personal project for me as well.”

Denise and Mike Okuda, meanwhile, are delighted that Roddenberry’s works are being collected and preserved for future study. The spouses said they are particularly excited about the reference models of Starship Enterprise, which “will not only allow future fans to experience the magic of Gene’s imagined universe but … will [also] allow this icon of science fiction to be preserved so it can be re-created authentically in years to come.”

More details about The Roddenberry Archive will be revealed at Creation in Las Vegas at 6:45 p.m. ET on August 13th.