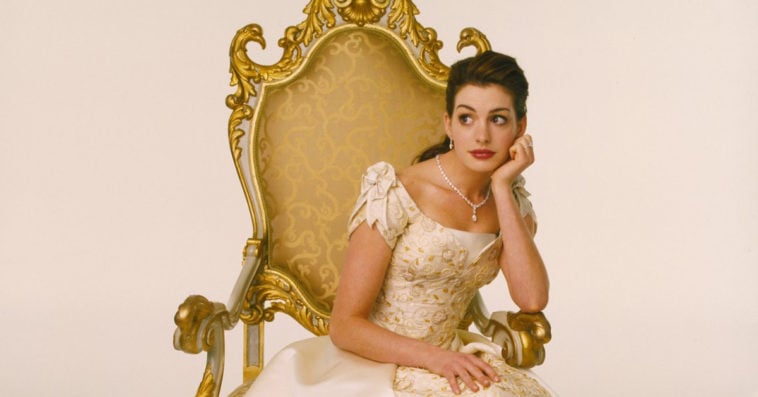 The Princess Diaries franchise is gearing up for a huge comeback.

According to a new report by The Illuminerdi, a spinoff of The Princess Diaries movies is in the works at Disney+. The project is reportedly being developed by Martin Chase Productions, the production company owned by Debra Martin Chase who produced the first two movies in the franchise, starring Anne Hathaway and Julie Andrews.

Lorna Osunsanmi, who serves as a writer and executive story editor on The CW’s All American, is said to be working on the script for the yet-to-be-titled spinoff.

Since it’s a spin-off, the project won’t center on Hathaway’s Mia Thermopolis or Andrews’ Clarisse Renaldi. Instead, it will tell the story of Mia’s biracial, teenage half-sister Olivia Harrison, who moves to Genovia to live with the royal family after finding out that she’s also a daughter of the late Prince of Genovia, Philippe Renaldi.

Though the character of Olivia has yet to make her live-action debut with this Disney+ project, the character has long been introduced as the protagonist of Meg Cabot’s 2015 The Princess Diaries spinoff novel, From the Notebooks of a Middle School Princess.

It’s unclear whether this spinoff would affect the status of The Princess Diaries 3 movie that has been in development for quite some time. During an appearance on Bravo’s Watch What Happens Live with Andy Cohen back in January 2019, Hathaway revealed that “there is a script for the third movie” and that she, Andrews, and Chase all want to make it happen.

Though Hathaway and her colleagues couldn’t wait to go back to Genovia, she said at the time that they were taking their time in developing the sequel. “It’s just we don’t want to [do it] unless it’s perfect because we love it just as much as you guys love it,” Hathaway said. “It’s as important to us as it is to you, and we don’t want to deliver anything until it’s ready, but we’re working on it.”