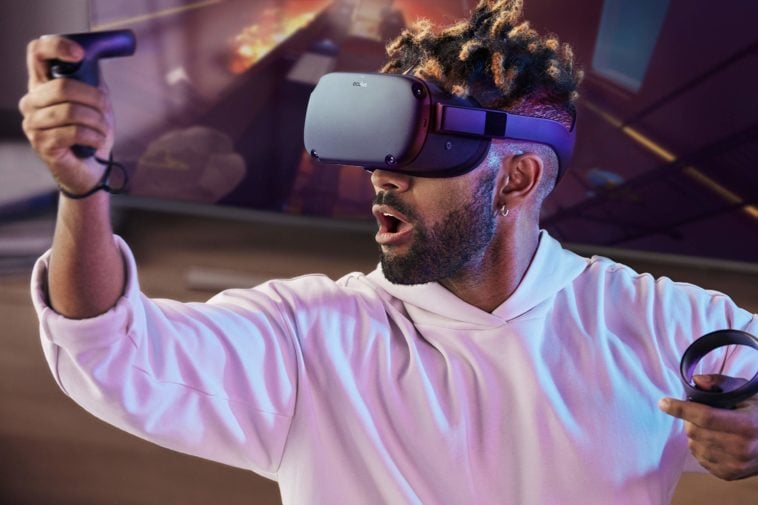 Over the past few years, computer-generated simulation, otherwise known as Virtual Reality has continued to be a hot buzzword.  During the same period, there have been very little truly exciting improvements in the VR hardware. Fortunately, Oculus has just introduced their latest VR headsets, the Oculus Quest and Rift S, and they’re both a welcome improvement over the company’s previous VR headsets – especially if you’re prone to motion sickness.

Oculus Quest makes it hassle-free to seamlessly gel and move within a virtual world. The headset is powered by a Snapdragon mobile chipset. Whether you are wielding a lightsaber in Vader Immortal or dodging through the sweat-inducing Beat Saber, the six degrees virtual space gives you the freedom to get fully immersed in the virtual world without worrying about cables wrapping around your legs. Simply locate the best tracking spot in your living room, grab the Oculus Quest kit, establish your virtual barrier, and indulge in wireless room scale VR.

Oculus has hinted that they tapped Lenovo in designing and manufacturing this new generation headset. To that effect, the headset has received a slight resolution bump, hence the shift from OLED to LCD displays.

The Rift S is more comfortable to wear and its upgrades are subtle compared to those of its discontinued predecessor, the Rift. It’s easier to wear and take off courtesy of the knob at the strap’s back. You will also appreciate the open-ear design that allows you unmetered ambient sounds.

READ  Uber will finally transport your pets with no questions asked

There is a wide range of Rift games to expect on the Rift S. The notable cohort includes Beat Saber, Moss, Superhot, Tilt Brush, Dance Central, and Vader Immortal, just to mention a few.

We tried the Oculus Quest ourselves and walked away really impressed with the improved visuals thanks to the improved resolution. But the most exciting aspect for us was that we didn’t experience any motion sickness from it, which is something we’ve previously experienced with the Oculus Go.