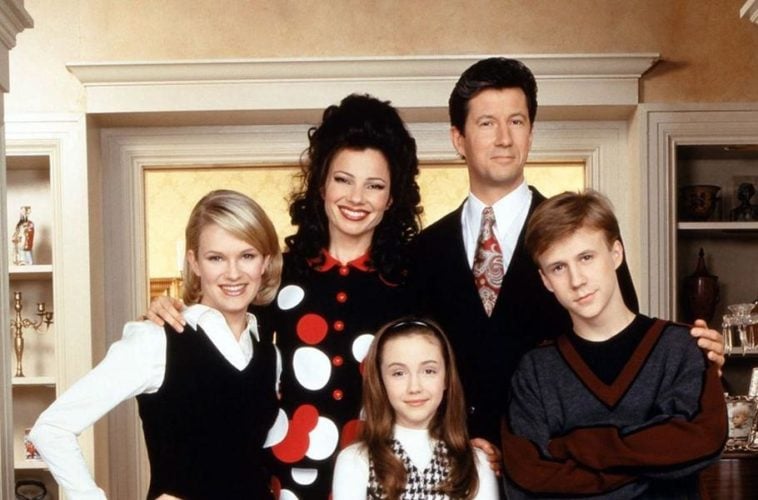 In terms of 90s’ TV revivals, we have to say that this one caught us slightly off-guard.

You kind of expect some TV shows to get a revival because of their cult-status and following.

For instance, there weren’t too many folks surprised to see a new version of Charmed back on our screens and the same can be said for Full House.

However, to hear murmurs regarding the 90s’ sitcom The Nanny making a return is more than a little surprising.

The show ran for six seasons from 1993 to 1999 and was very loosely based on lead actress, Fran Drescher’s own life.

It was fine, there’s just a few series we’d like to see back first (lookin’ at you Buffy!).

If you haven’t heard of the show, it was about a down-to-earth lady who lands on the doorstep of a wealthy widower who hires her as a nanny to his three children.

Speaking on the 25th anniversary of the show’s premiere, Drescher teased at the idea of a reboot.

She created the show with her ex-husband, Marc Jacob, however, that isn’t a stumbling block.

She said: “We’re talking about it. Peter and I are talking about it… we’re working on a very big project. It’s going to be very exciting for the fans, but I’m not at liberty to announce it yet. But it’s gonna be big.”

Drescher has hinted that her character, Fran Fine, would be more involved in social issues in the reboot.

Nothing has been confirmed as of yet, but it will be interesting to see how this one turns out.