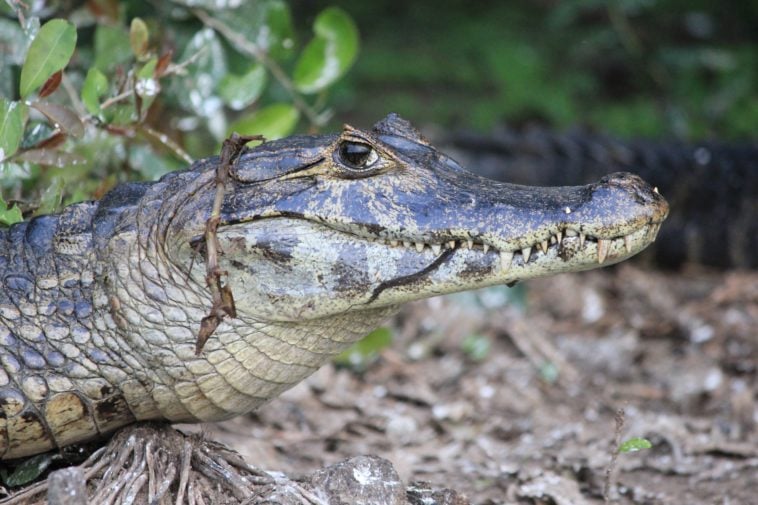 Tennesee police have asked residents to avoid flushing drugs down the toilet, as it may lead to the rise of what they have termed “meth-gators.” The warning came after officers caught a drug dealer in the act of flushing methamphetamine down the toilet.

While much of the official police statement focuses on other species of animal besides alligators, Facebook users have latched onto the meth-gator reference.

The police noted that anything that’s sent down the toilet is sent to retention ponds for processing. Following that, the water is then sent downstream, where it may come into contact with alligators. While the centers can treat and clean the water, those working in the facility “are not really prepared for meth.”

This will have a subsequent effect on local wildlife. In a statement on Facebook, the department said:

“Ducks, geese, and other fowl frequent our treatment ponds and we shudder to think what one all hyped up on meth would do. Furthermore, if it made it far enough we could create meth-gators in Shoal Creek and the Tennessee River down in North Alabama. They’ve had enough methed up animals the past few weeks without our help.”

While the last sentence may be tongue-in-cheek, the Tennessee police instead ask that residents contact police so that the drugs can be disposed of safely.

It’s worth noting that there have been a variety of studies that have highlighted drugs being found in animals. To that effect, a May study in the U.K noted that ketamine, cocaine, and pesticides were being found in freshwater shrimp.