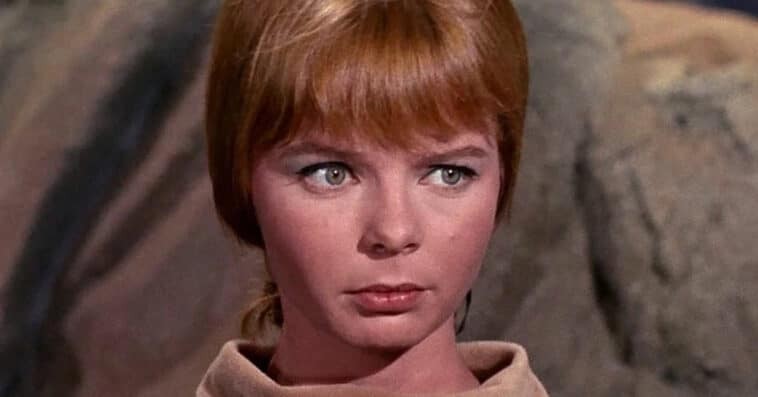 Laurel Goodwin, the last surviving cast member of the original pilot for Star Trek: The Original Series, has passed away. She was 79.

Goodwin died on February 15th in Cathedral City, California. Her younger sister, Maureen Scott, confirmed the death of the actress in an obituary posted online. Born on August 11th, 1942 in Wichita, Kansas, Goodwin moved with her family to San Diego during World War 2, and later to San Francisco where Laurel grew up with Maureen and their older brother, Gary.

Started as a child model, Laurel signed a contract with Paramount Pictures at 19, and began a career in movies, TV, and live theater. Her first film was the 1962 musical comedy Girl’s, Girl’s, Girl’s, in which she played the love interest of Elvis Presley. She next starred as Jackie Gleason’s onscreen daughter in the 1963 comedy film Papa’s Delicate Condition and went on to appear in a number of Western films, including Thunder Rock (1964), Law of the Lawless (1964), and The Glory Guys (1965).

On the TV front, Goodwin had roles in various comedy series, including Get Smart (1966), The Beverly Hillbillies (1967), and The Partners (1971). As mentioned above, Goodwin was part of The Cage, the original pilot for Star Trek: The Original Series, in which she played the role of Yeoman J.M. Colt, opposite Jeffery Hunter as Capt. Christopher Pike, Majel Barett as Number One, and Leonard Nimoy as Mr. Spock.

Not completely happy with the original pilot, production studio Desilu put a second pilot into production, replacing most cast members, including Goodwin. Filmed in 1965, The Cage didn’t air in full until 1988.

Goodwin revealed in a 2006 interview with StarTrek.com that she actually passed on two other opportunities to play Colt in Star Trek only for the studio to let her go when Hunter departed and was replaced by William Shatner.

“I said, ‘Oh, no. Star Trek is it. I’ve got to do Star Trek. It’s great, it’s gonna be wonderful. Then, they didn’t take that first pilot, but said there would be a second pilot. I thought, ‘We’ll make the second pilot. They still want me. Yep, yep, yep,” she recalled. “So then all the negotiations go on, and the whole thing collapses. When they collapsed, they said, ‘Well, we don’t really need Laurel, because it was for this reason. We’re changing the storyline.’ And they brought in the luckiest man in the world, William Shatner. In the meantime, I had turned down the two comedies, pulled my name out of consideration. They both sold, and both were highly successful.”

After retiring from acting, Goodwin went on to work behind the scenes as a producer with her husband, Walter Wood. Together they produced the 1983 action-comedy romance, Stroker Ace, starring Burt Reynolds and Loni Anderson. Goodwin later pursued a career in home nursing for over 35 years.

Click here to find out about other Star Trek actors that have passed away.