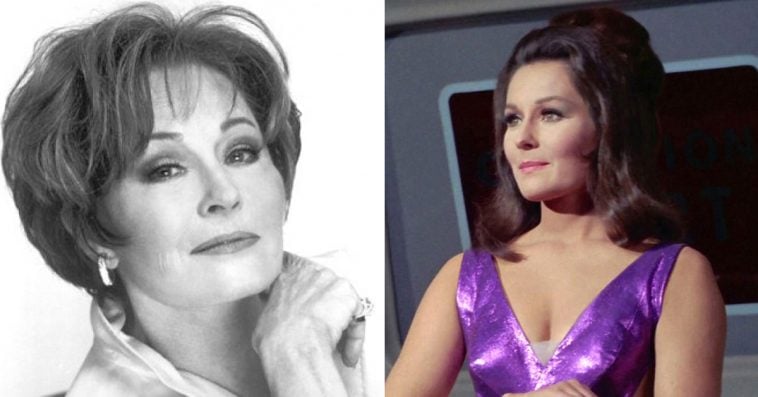 Marj Dusay, who is best known for his appearance in Star Trek: The Original Series and for starring in several daytime soap operas, has passed away. She was 83.

Dusay’s death was revealed by her stepdaughter Elizabeth Perine in a Facebook post. “I’m so very sad to have to tell you that my stepmother Marj passed away peacefully yesterday morning in her sleep,” Perine wrote on the social media site on Wednesday. “She was quite a woman and had quite a grand life. She was deeply loved and will be deeply missed.”

Though Dusay only appeared once in Star Trek: The Original Series, her role was quite memorable. In the 1968 episode titled Spock’s Brain, Dusay played the role of Kara, the leader of the Eymorgs from the planet Sigma Draconis VI who secretly boarded the Enterprise and surgically removed Spock’s (Leonard Nimoy) brain.

With only hours to restore Spock’s brain before his body dies, the Enterprise tracked Kara to her desolate planet, where they found out that the Eymorgs were dependent on a brain to control their underground terrain. Fortunately, Dr. Leonard “Bones” McCoy was able to find a way to save Spock while keeping the women Eymorgs safe, leaving the crew to bid farewell to Kara and her people at the end of the episode.

Born Marjorie Mahoney on February 20th, 1936 in Russell, Kansas, Dusay started her career in show business as a model in New York when she and her husband, John Dusay, moved there for his medical internship. Years later, Dusay made her movie debut in 1967’s Clambake, starring Elvis Presley. The following year, she appeared with Sandy Dennis in the romance film Sweet November.

From there, Dusay went on to guest star on several TV series, including The Wild Wild West, Hawaii Five-O, The Odd Couple, The F.B.I, Barnaby Jones, Stop Susan Williams, Galactica 1980, and more.

Dusay then became a household name for her roles in different daytime soap operas. She replaced the late Carolyn Jones as Myrna Clegg on CBS’ Capitol in 1983 and then portrayed Pamela Capwell Conrad on NBC’s Santa Barbara, Vivian Alamain on NBC’s Days of Our Lives, Vanessa Bennett on ABC’s All My Children, and most recently as Alexandra Spaulding on CBS’ The Guiding Light.