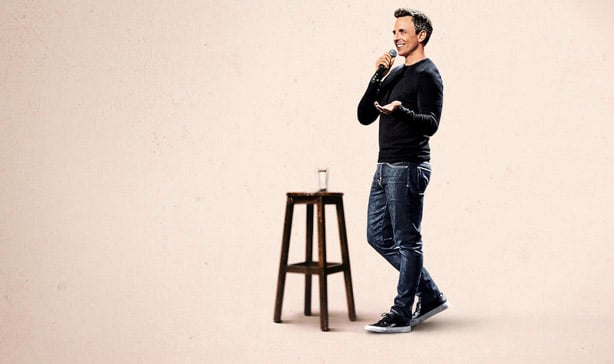 Netflix is not one to shy away from integrating new technology into their viewers’ watching experience. From creating personalized show recommendations to going as far directly involving the viewer with shows like Bandersnatch, the company has been known to take an alternative approach when streaming content.

Comedian Seth Meyers is the next personality to utilize Netflix’s technology in his newest stand-up special, Lobby Baby. Meyers is known for telling jokes about President Donald Trump and he worked with Netflix to create a skip button for those not wanting to hear the jokes.

The skip button that will appear in the special will be similar to the “Skip Intro” button that pops up during a show’s opening credits. For Meyers’ show, it will appear at times when a Trump joke will be presented, giving the viewer a chance to skip it.

Robbie Praw, Netflix’s director of original standup comedy programming told CNN Business that it’s Meyers himself who came up with this idea and that “we’re thrilled he was able to take advantage of the Netflix experience in such a funny and innovative way.”

Meyers does point out however that this the skip button is meant to be taken lightly and is really just another joke in the special. He believes that those who will watch Lobby Baby will actually not be skipping the Trump jokes he’s known to be famous for. Despite receiving some criticism, Netflix worked with Meyers on this as a way to showcase their technology and how it gives creators alternative methods of creating content.

“It dawned on me that because it was on Netflix, there would be this opportunity to put in technology that would allow people to skip it,” he said. “It was a way to build in the response to anyone who would say, ‘Oh, let me guess there’s going to be jokes about the President.'”

Meyers has been known to make Trump jokes even before Trump became president. As a matter of fact, it has been speculated that his jokes about Trump during the 2011 White House Correspondents’ Dinner (where Trump was present) were what pushed Trump to run for the presidency.