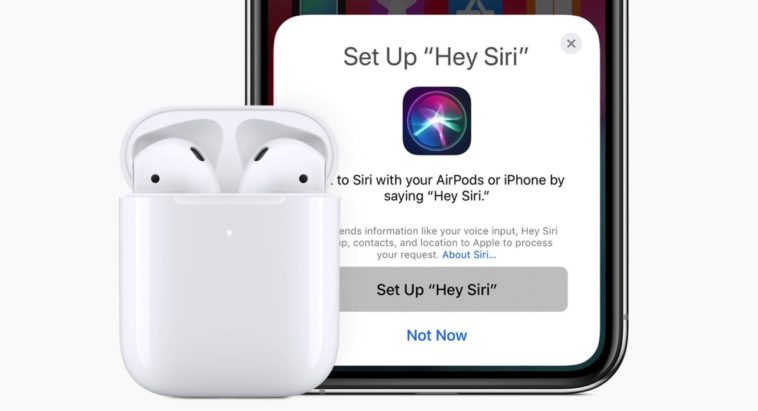 Seemingly out of nowhere, Apple today showcased its second-generation of AirPods. The updated wireless headphones offer a number of improvements over the previous release, most notably the new H1 chip, wireless charging case, and “Hey, Siri” support.

Aside from the LED indicator on the charging case, there’s very little in the way of design that suggests anything has changed. According to Apple, the primary reason people should consider updating is the new H1 chip, which affords an extra hour of talk time, better clarity, and faster switching between devices.

On top of all that, the new chip allows for hands-free Siri commands, allowing wearers to simply say “Hey, Siri” to activate the assistant.

Apple is selling the new AirPods for $199 when bundled together with the wireless charging case; for the second-gen headphones and a standard case, it’s $160.