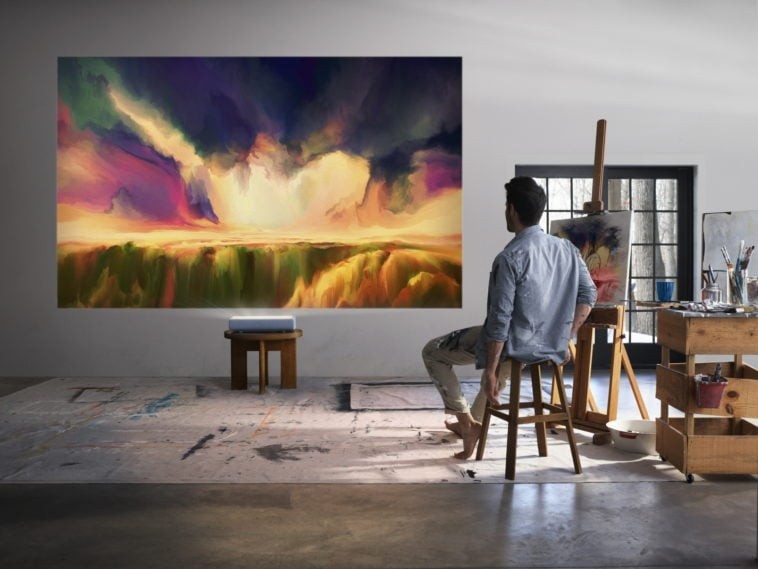 Samsung might be known for their TVs, but today they are Introducing The Premiere, a 4K Ultra Short Throw laser projector capable of producing images up to 130-inches.

The Premiere is the world’s first HDR10+ certified projector that utilizes triple laser technology. The built-in Filmmaker Mode disables effects like motion smoothing and preserves the source’s original frame rate, colors, and more. And since it’s a smart projector, it can access Samsung’s Smart TV platform that offers a number of streaming apps and exclusive content. Additionally, you can connect your phone with Tap View or by mirroring. 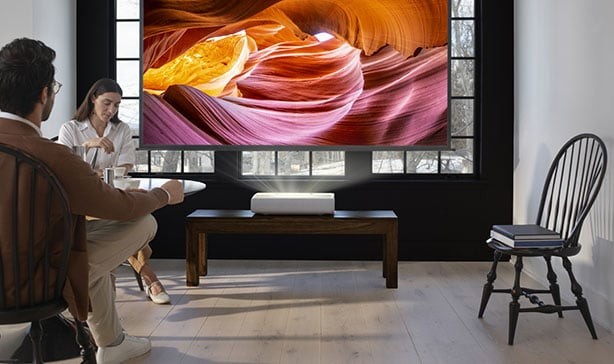 When it comes to its form factor, the Premiere boasts of a sleek, minimalist, all-in-one compact design with fabric finishes around its edges. And being a short-throw projector, users need not place the device too far from the projection surface. Whether in a large or small room, this provides a ton of flexibility in deciding the position of the projector.

Not compromising audio as well, the projector has powerful built-in woofers and Acoustic Beam surround sound to round out its features for a truly immersive viewing experience. 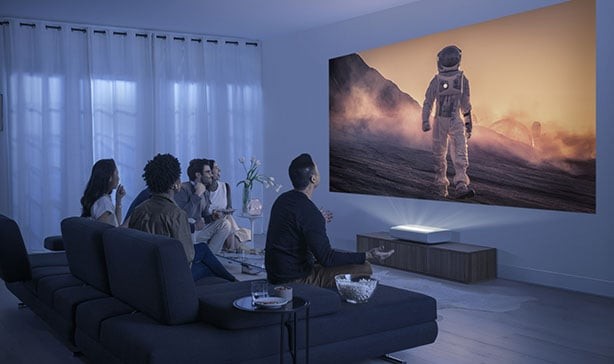