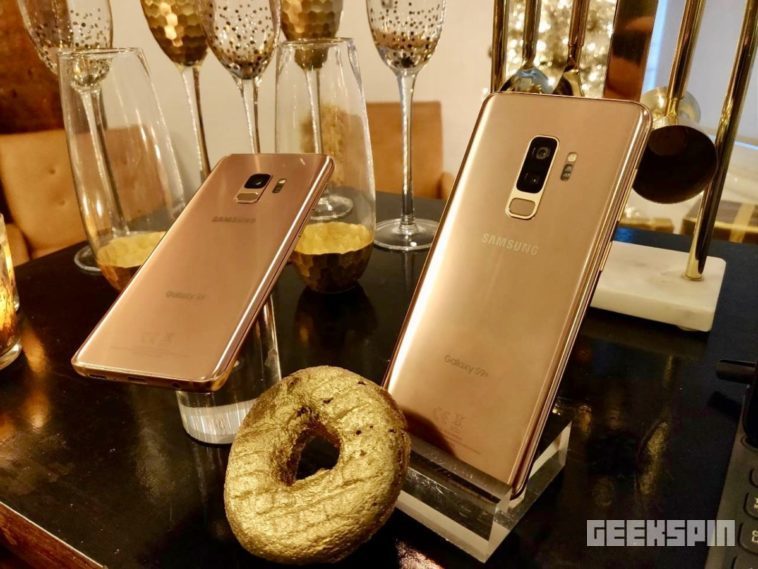 Let’s talk about its color for a moment. This new gold color option is a more subdued gold than you’ll with most other phones out there. It’s really a refined gold, and it isn’t very flashy – which is exactly how we like our golden gadgets to be.

It will be available exclusively at Best Buy and from BestBuy.com and Samsung.com. The Sunrise Gold edition joins Lilac Purple, Coral Blue and Midnight Black color options.

Let’s not forget that this is quite the flagship phone. For instance, according to Ookla, it performs better than any other smartphone out there. They even say that its download speed is almost 40 percent (37%) faster than the Apple iPhone X.

Its memory is also worth noting – it has on-board storage of up to 256GB, and expandable storage of up to 400GB. There are also a whole host of other useful features, including one of the best smartphone cameras on the market, IP68 water and dust resistance, and a terrific display – which features an adaptive contrast enhancement for use even in direct sunlight.