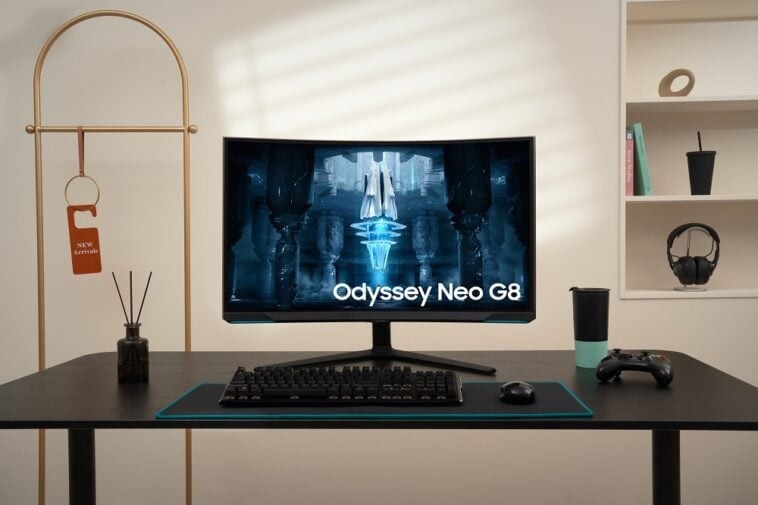 Six months after the product was first tantalizingly unveiled at CES 2022, the news of the Samsung Odyssey Neo G8’s recent launch is certainly something pro gamers have been looking forward to.

What we know about the Samsung Odyssey Neo G8 4k 240hz

The main technology that powers the Odyssey Neo G8 is Samsung’s Quantum Matrix Technology, with a 32-inch 4K, 1000R curved VA panel that has a 240 Hz refresh rate and 1 ms response time.

Combined with a professional-level color gamut (95% DCI-P3) among other visual quality enhancement features, it competes evenly with the older high-end Odyssey models.

Of course, the most impressive aspect of the Odyssey Neo G8 is its 240Hz refresh rate. Up until this point, 4K monitors have “only” been able to achieve 144Hz, which is already quite a feat given the limitations of current-generation graphics cards today.

By being the first 4K monitor to hit the market with a 240Hz refresh rate, Samsung has once again become a pioneer in breakthrough display technology.

Aside from the Odyssey Neo G8, Samsung has also announced an updated Odyssey Neo G7 (G75) on its way, which is another 32-inch 4K display, but this time with a 165Hz maximum refresh rate.