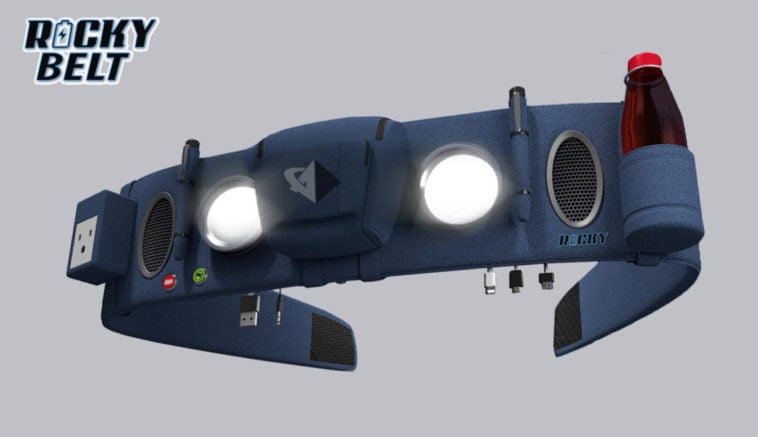 A Los Angeles-based startup called ‘RockyBelt’ is looking to build a portable power bank that you wear.

Though it looks a bit strange at first, the makers describe the RockyBelt as a less cumbersome, hands-free backpack.

The star of the show is the rechargeable battery that’ll boost your phone – or just about anything else. Compact and waterproof, the 28,000mAh power bank features cables for Type-C, Micro USB, and iPhone devices – all neatly tucked away within the belt.

The built-in Bluetooth speakers are designed to take calls, as well as play clear, high-quality tunes from Apple Music, Spotify, and other platforms. What’s more, by adding the pre-amp module, the belt becomes the perfect tool for guitarists looking to rock out on the go.

In addition, the RockyBelt can be outfitted with a number of bonus modules that include an AC Outlet, Waterproof Pouch, Laser Signal, and GPS.

Early buyers can pick up a RockyBelt for $300 through Indiegogo – additional modules start at $30.