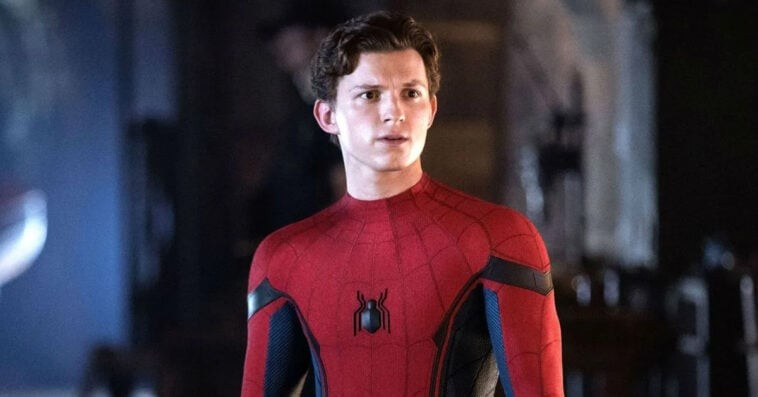 After over a month of absence on Instagram, Tom Holland has briefly returned to the social networking site to share a great cause and explain why he has been keeping himself away from social media.

On Sunday, August 14th, the Spider-Man actor posted a three-minute video of himself talking about the charitable organization called Stem4. But before giving an overview of what the institution is all about, Holland explained why he has not been active on Instagram as well as on Twitter in the past few weeks.

“I’ve taken a break from social media for my mental health because I find Instagram and Twitter to be overstimulating, to be overwhelming,” said the actor at the beginning of the video. “I get caught up and I spiral when I read things about me online and ultimately, it’s very detrimental to my mental state. So I decided to take a step back and delete the app.”

Holland then revealed the reason of his return to Instagram and it’s somehow related to his personal struggles with social media. “On this very very brief return to Instagram, I thought it would be very important and a good idea to shed some light on a charity that we sponsor, which is Stem4,” said the 26-year-old actor. “Stem4 is a wonderfully innovative education program. Its pioneering apps, its clinically advised websites, and its mental health conferences help contribute towards helping young kids who are suffering [with mental health].”

Holland said that his fundraising organization The Brothers Trust is supporting Stem4 because “it’s a fantastic course” and doing so helps eliminate the “stigma against mental health.”

“I know that asking for help and seeking help isn’t something that we should be ashamed of but is something that is much easier said than done,” said Holland. “So hopefully these apps can be your first step towards being happier and healthier.”

Holland, who has tried all of Stem4’s apps, said they’re all “really helpful.” “So if you feel so inclined to help us (The Brothers Trust) help them (Stem4) and in turn help others, go to our website and buy yourself a t-shirt,” the actor said. “All of the money goes to all the charities we support and we greatly appreciate your love and support.”

The caption for the video opened with the phrase “Hello and goodbye,” so it isn’t surprising when Holland said at the end of the clip that he’s “gonna disappear on Instagram again” for his mental health.

Table of Contents show
What is The Brothers Trust?
What is Stem4?
Tom Holland movies
Tom Holland TV series

What is The Brothers Trust?

Set up in 2017 by Holland’s parents, Nikki and Dom, The Brothers Trust is a nonprofit organization whose fundraising efforts are intended to shine a light on charities that struggle to be heard in the noisy and competitive not-for-profit sector.

Using Holland’s reach and popularity, the trust intends to run a number of events each year, with the funds raised being granted to charities it supports. While Holland is the face of the charity, he is ably supported by his younger brothers Sam, Harry, and Paddy.

Stem4 is a charity that promotes positive mental health in teenagers and those who support them including their families and guardians, education professionals, as well as school nurses and general practitioners through the provision of mental health education, resilience strategies, and early intervention.

As Holland mentioned above, Stem4 primarily tries to achieve its goals by providing a free innovative education program online, pioneering mental health apps, a clinically-informed website, and mental health conferences, which contribute to helping young people and those around them flourish.

After starring as Nathan Drake in the action-adventure film Uncharted earlier this year, Holland is attached to star in Sony’s untitled Fred Astaire biopic, which is currently in pre-production. The actor is also attached to play the lead role in the movie adaptation of Mark Sullivan’s novel Beneath a Scarlet Sky from Pascal Pictures.

On the TV front, Holland will star as Danny Sullivan in the upcoming Apple TV+ drama anthology The Crowded Room, which he also exec produces.