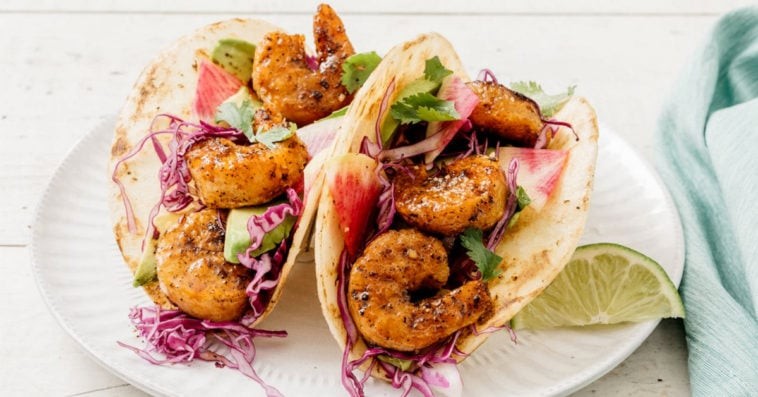 Tyson Foods, the world’s second-largest processor and marketer of chicken, beef, and pork, has announced on Thursday that it has completed an investment in plant-based shellfish company New Wave Foods.

Tom Mastrobuoni, chief financial officer of Tyson Ventures — the venture capital arm of the meat processing company — declined to discuss the details of the deal’s financial terms but said that Tyson Foods took a minority stake of less than 20 percent in New Wave Foods.

As part of its commitment towards the future of food, Tyson Ventures has invested in @NewWaveFoods, maker of plant-based shellfish. #RaisingExpectations pic.twitter.com/qkXrR8Ow8w

Since 80 percent of shrimp consumption in the U.S. happens outside the home, the San Francisco-based startup plans to have a plant-based shrimp alternative ready for food service operators in early 2020. After shrimp, New Wave Foods will focus on producing plant-based crab and lobster.

“I tasted it for the first time in a cafe in Palo Alto, and I had no idea I was eating plant-based shrimp,” Mastrobuoni said.

According to a press release, New Wave Foods’ plant-based shrimp is made with sustainably sourced seaweed and plant protein, and contains all eight essential amino acids that are found in all meats and seafoods. It also contains no allergens, zero cholesterol, and is lower in both calories and salt than real shrimp.

“Our plant-based shrimp cooks and tastes just like the real thing, and it matches the texture, taste, performance and versatility of shrimp fresh from the ocean. The proof is in the overwhelming, positive response we have had to the product,” said New Wave Foods chief executive officer Mary McGovern, who noted that they worked with the Culinary Institute of America to set the gold standard for their plant-based shrimp.

This isn’t the first time Tyson Foods has ventured into the plant-based meat space. In 2016, the Springdale, Arkansas-based food giant invested in Beyond Meat. It, however, sold its stake earlier this year before the June launch of its own alternative protein products under the Raised & Rooted brand.

Led by Tyson Foods executive vice president of alternative proteins and chief sustainability officer Justin Whitmore, the initial Raised & Rooted products include nuggets made from plants and blended burgers made with a combination of beef and plants. The nuggets will be available in 5,000 retail stores by the end of September, while the blended burgers will hit the shelves this fall.