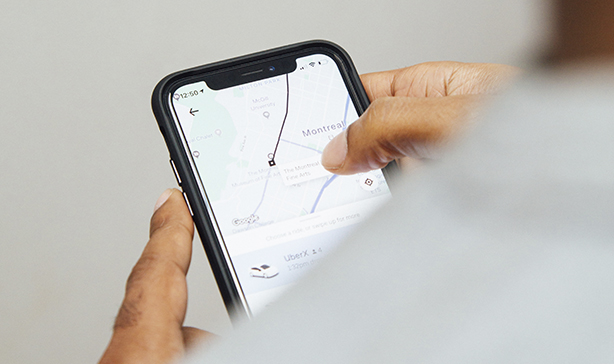 The National Bureau of Economic Research (NBER) released a study that found that only 1 percent of Uber customers tip their drivers. More so, the research also concluded that male drivers are more likely to tip and that female drivers were more inclined to get tipped.

The paper titled, “The Drivers of Social Preference: Evidence from a Nationwide Tipping Field Experiment”, was written by Bharat Chandar of Stanford University, Uri Gneezy of the University of California-San Diego, John List, former chief economist at Uber, and Ian Muir, the current head of Lyft. This same team helped Uber roll out the now available in-app tipping option which gave them greater insight on the matter. With a combination of data analysis and field experiments, the team was able to develop data from more than 40 million trips.

In the four weeks of data collection and research, the team found that about only about 16 percent of Uber rides were tipped, leaving about 60% of riders who did not tip at all. And of that 16%, they found that an even smaller 1% of riders would tip consistently. Among these findings were other observations that involved riders’ ratings. Riders with a five-star rating tip more than twice 15 as often as those with a 4.75 rating, and when they tip they tip nearly 14% more.

It is highly possible that the small percentage of riders who tip is due to the fact that no payment is made upfront. Tipping has more often than not been obligatory rather than voluntary which, in essence, isn’t how tips should be. An email sent to The Verge by Gneezy expresses his sentiments saying, “In a sense, I think that this is the right way. Riders don’t tip automatically, but only if they are happy with the service. Hence, tips provide incentives to drivers.”

Uber was once held a strong view against tipping. They believed that tipping would take away from the service’s hassle-free experience which, Uber says, is one of the things customers loved most. In a post on Medium, Uber further details their decision to not include in-app tipping. They believed that tipping was a “decision influenced by personal bias” and that offering such an option could possibly discourage some drivers and provide an unfair, working atmosphere.

With competitors allowing in-app tipping, Uber said that they “have to demonstrate Uber offers more stable, reliable opportunities to earn money than the alternatives.” Uber eventually softened their view on tipping and started offering it in 207 when the former CEO Travis Klanick was ousted from his job. Reports say that it was Klanick who had strongly opposed the tipping option for Uber.

A year after the tipping option was offered, Uber found that drivers had started earning more. Drivers in the U.S. and Canada were reported to have earned more than $600 million in tips and the number has been increasing since then. A spokesperson tells the Verge that nearly $2 billion in tips have been collected from Uber drivers, as well as Uber’s food delivery service, Uber Eats. It would be safe to assume that Uber now has a renewed confidence in tipping.