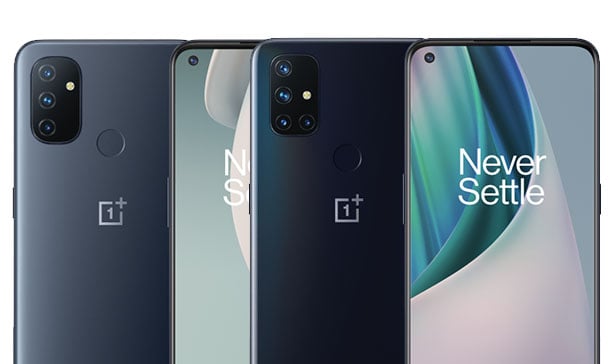 Most of the world missed out on having local availability of the OnePlus Nord this year, North America included. And while the company did release the 8-series locally, there have been speculations that OnePlus would bring more affordable options to the U.S. that are similar to the Nord. True enough, OnePlus is announcing two new devices in the Nord line, the OnePlust Nord N10 5G and Nord N100.

With the goal to make 5G more accessible, they’ve introduced the OnePlus Nord N10 5G. It sports a 6.49-inch FHD+ display which is slightly larger than the Nord. It’s also equipped with a 90Hz refresh rate and dual stereo speakers.

Internally, it runs on a Qualcomm Snapdragon 690 SoC powered by an octa-core CPU. It’ll be supported by 6GB of RAM and 128GB of internal storage that’s expandable up to 512GB.

Its imaging is powered by a rear quad-camera setup partnered with a 16-megapixel front-facing camera. The rear cameras are made up of a 64-megapixel main, an ultra-wide lens, macro, and monochrome lenses.

The device will also support OnePlus’s Warp Charge 30T and will house a 4300mAh battery.

The OnePlus Nord N10 5G will be released first in the UK with a starting price of £329 and it will available in a Midnight Ice color. The North American release and pricing will follow soon.

For those who still want a OnePlus device but are still looking for something just a tad bit more affordable, there’s the OnePlus Nord N100.

The largest of the family, the OnePlus Nord N100 houses a 6.52-inch display partnered with dual stereo speakers. Sacrificing a bit on its internals to cut costs, the device will be powered by a Qualcomm Snapdragon 460 processor. This means that there will be no support for 5G. Supporting the processor is 4GB of RAM partnered with 64GB of internal storage which is similarly expandable using a MicroSD card.

Unlike the N10, this device houses only three cameras: a 13-megapixel main, a bokeh lens, and a macro lens. There are no available specs yet for the front-facing camera but it’s pretty safe to assume it will have one.

Apart from having the largest screen, the OnePlus N100 also has the largest battery, coming in at 5000mAh! It’s not supported by Warp Charge but it does support 18W fast charging.

Both devices will come pre-installed with OnePlus’s Oxygen OS 10.5 that provides a fast and smooth software experience. Features offered include Dark Mode, Zen Mode, and multiple customization options for UI including icons and fingerprint animations.

The OnePlus Nord N100 will also initially be released in the UK with a starting price of £179 and will come in a Midnight Frost color. Again, details for its North American release will follow.