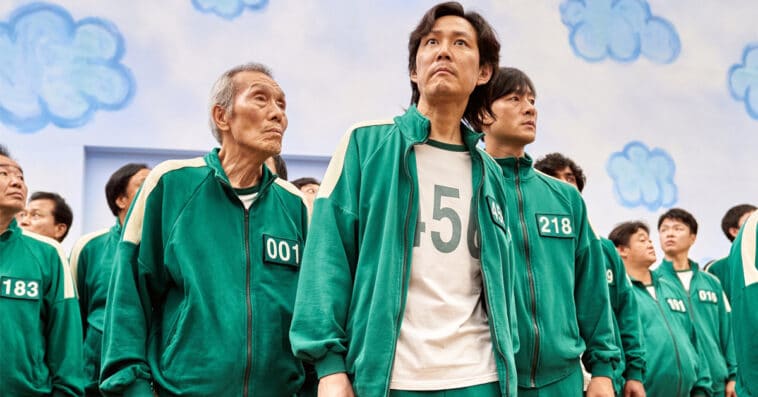 North Korea has reportedly sentenced a man to death for smuggling a copy of Squid Game into the country.

According to a report by Radio Free Asia, the smuggler’s whereabouts were located after authorities caught seven high school students watching the hit South Korean Netflix series. The smuggler was said to have brought a copy of Squid Game into North Korea back from China and sold USB flash drives containing the series. Sources told Radio Free Asia that the smuggler’s death sentence would be carried out by firing squad.

The high school student who purchased a USB flash drive containing Squid Game reportedly received a life sentence, while the six other high school students who watched the show were sentenced to five years of hard labor. Some teachers and administrators from the students’ school were also said to have been fired and are now facing banishment to work in remote mines.

The arrest of the seven students reportedly marks the first time the North Korean government is applying its Law on Elimination of Reactionary Thought and Culture in a case involving minors. The law, which was put into effect last year, carries a maximum penalty of death for watching, keeping, or distributing media from capitalist countries like South Korea and the U.S. Apparently, foreign media, especially the influence of free-market South Korean culture, are viewed by the North Korean government as a threat to its ruling power.

Though the report by Radio Free Asia has been picked up by several news outlets, including CNET and Kotaku, some foreign relations experts have cast doubt on the validity of the story. According to ComicBook.com, the distrust comes from Radio Free Asia’s ties to the U.S. and the CIA. Radio Free Asia has previously been accused of pushing unfounded propaganda about nations like South Korea and such shady allegations have caused some people to demand further confirmation on the news outlet’s report.

Created by Hwang Dong-hyuk, Squid Game centers on a contest where 456 deeply-in-debt players from different walks of life play a set of deadly children’s games for a chance to win a ₩45.6 billion ($38.4 million) prize. Released worldwide on September 17th, the survival thriller is Netflix’s most-watched series to date, becoming the top-viewed program in 94 countries, attracting more than 142 million households, and amassing 1.65 billion viewing hours during its first four weeks from launch.