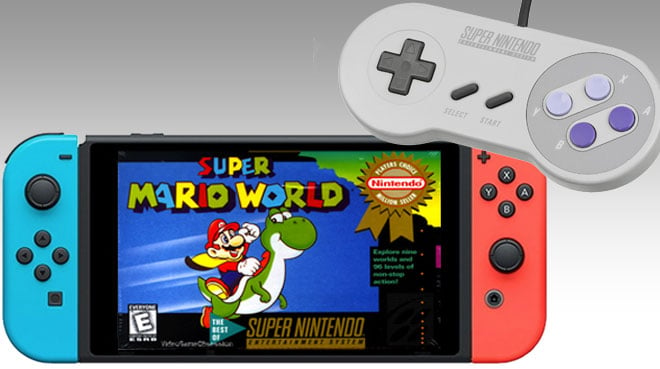 A recent FCC filing made by Nintendo hints that the company has plans to release SNES games and controllers for the Switch. Though the filings were labeled confidential until next year, the plans may have been leaked by a poster on Resetera.

The leaked images, which should be taken with a grain of salt, highlight the addition of ZL and ZR buttons that could be placed on top of the controllers. The leak also suggests that the design could be that of a wireless SNES controller. These leaks seem highly plausible since Nintendo did release wireless NES controllers for the Switch last year.

If these new SNES controllers are anything like the NES version, however, then it would mean that the new controllers would slide seamlessly into the Joy-Con rails, which is something that the FCC filing indicates. It’s also speculated that SNES games would be released via Nintendo’s online subscription service, which is how many NES games for the Switch have been made available.

The leaked images of the FCC filing also indicate that the controllers will have a built-in Bluetooth connection for a wireless connection. Outside of this, there’s very little information available about the potential controllers.

Nintendo hasn’t officially commented on the matter, and it looks as though they won’t be anytime soon.