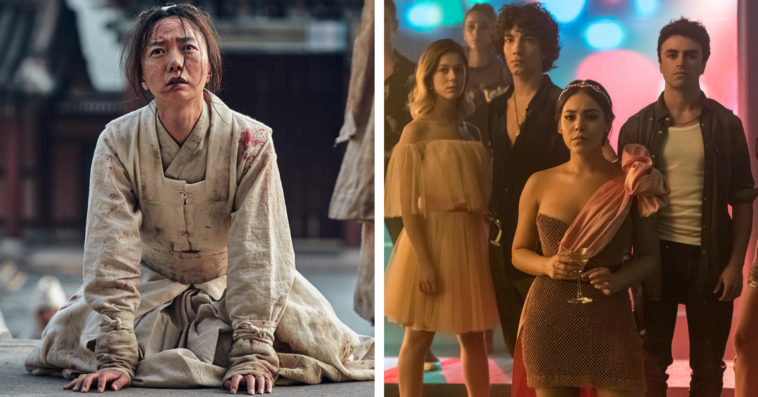 The complete list of new content coming to Netflix this March has just been released, and it includes a number of fan-favorite series returning for brand new seasons.

First in the list is the adult animated series Castlevania, whose third season arrives on the streaming service on March 5th. The critically acclaimed teen drama On My Block returns for its third season on March 11th, followed by the Season 3 premiere of the Spanish thriller Elite and the Season 2 debut of the South Korean zombie drama Kingdom on March 13th.

March also marks the launch of the new original Netflix series The Letter for the King (March 20th), a medieval fantasy adventure that centers on a young boy who holds the fate of the kingdom in his hands when he embarks on a quest to deliver a secret message to the king.

Netflix is also set to add the second season of All American and the third season of Black Lightning — both The CW series — to its library on March 17th.

On the original movie front, Netflix is dropping the mystery comedy thriller Spenser Confidential on March 6th. Loosely based on Ace Atkins’ novel Wonderland, the film stars Mark Wahlberg as the titular detective.

Other movies coming to Netflix next month, March 1st to be exact, are Tim Burton’s Corpse Bride, Martin Scorsese’s Good Fellas, Michael Jordan starrer Space Jam, and the second and third installments of the Resident Evil movie franchise. Oscar-nominated film Shawshank Redemption as well as Oscar winners like There Will Be Blood, Tootsie, and Lemony Snicket’s A Series of Unfortunate Events are also set to arrive on the streaming service next month.