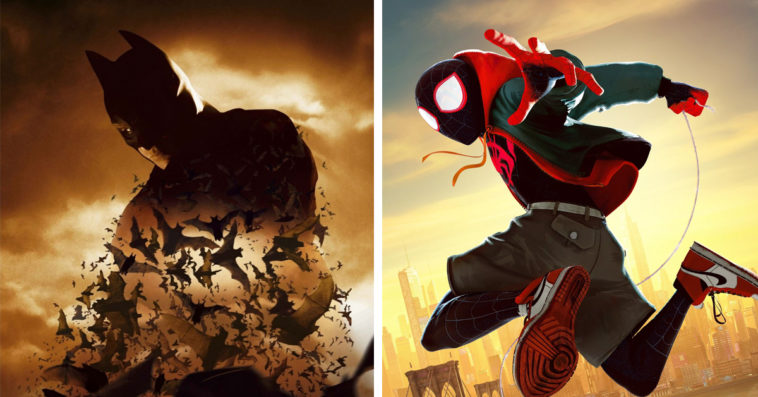 Netflix are adding a few superhero titles to its library next month.

Batman Begins and The Dark Knight, the first two films in Christopher Nolan’s Batman trilogy, will be available to stream on Netflix starting on June 1st. Meanwhile, Spider-Man: Into the Spider-Verse, which won Best Animated Feature Film at this year’s Oscars, will debut on the streaming service on June 26th.

In addition to DC and Disney movie titles, Netflix are also adding a number of critically acclaimed classic films to its offerings. The musical drama Cabaret, which won eight Oscars in 1973, will be available on the service starting June 1st. Oscar-winning war film Platoon, which stars Tom Berenger, Willem Dafoe, and Charlie Sheen, will also debut on the service on the first day of June, along with Oscar-nominated films Good Night, and Good Luck. and A.I. Artificial Intelligence.

As usual, Netflix will also drop a number of original films next month. The Black Godfather, a biopic of Clarence Avant, one of the most influential dealmakers in music, entertainment, and politics over the last 60 years, will premiere on the service on June 7th. Sci-fi movie I Am Mother, starring Hilary Swank, Clara Ruugaard, and Rose Byrne, will also debut on the same date.

READ  Has The Dark Crystal: Age of Resistance been canceled or renewed for Season 2?

On the series front, Netflix will release Black Mirror: Season 5 on June 5th and Designated Survivor: Season 3 on June 7th. The streaming service will also unveil the cooking show, The Chef Show, and the drama miniseries, Armistead Maupin’s Tales of the City, on June 7th.