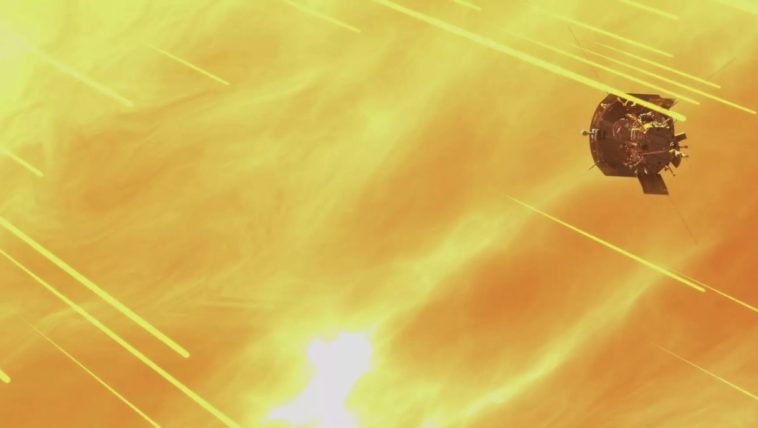 On Sunday, NASA successfully launched its Parker Solar Probe, a car-sized space probe that’s on its way to the Sun.

Once the instrument reaches its destination – a mere 4 million miles from the Sun’s surface – it will come closer to the Sun than any man-made object has ever been. This particular region of space, known as the corona, has baffled researchers for decades. While the Sun’s surface has a relatively stable temperature of about 10,000 degrees Fahrenheit, the corona region can reach temperatures surpassing 3 million degrees – a strange phenomenon that goes against conventional physics. By sending a probe, NASA is hoping to uncover why this area of space is roughly 300 times hotter than the actual Sun itself.

Researchers have been interested in sending a probe to study the Sun’s atmosphere since the late-1950s, however, until recently, such a proposal was deemed impossible. However, thanks to advancements in material science, engineers now have the technology required to build such a spacecraft. According to reports, the Parker Solar Probe is so well-made that the interior will remain at room temperature despite the grueling events outside.

With the aid of the United Launch Alliance – a joint venture of Boeing and Lockheed Martin – NASA launched its latest space probe from Cape Canaveral Air Force Station at 3:31 in the morning on August 12th. On-lookers in the crowd cheered as the rockets hurled the craft into space, however, scientists and engineers back at mission control were more reserved as they waited for final separation and first contact, both of which occurred about an hour after liftoff.

In addition to the Parker Solar Probe becoming the only man-made object to venture so close to the sun, it’s also set to become the fastest moving space vehicle ever launched. Using Venus’ gravity as a sling-shot, the probe will eventually reach speeds in excess of 430,000 MPH – an extraordinary speed NASA touts as “fast enough to get from Philadelphia to Washington, D.C., in one second.”