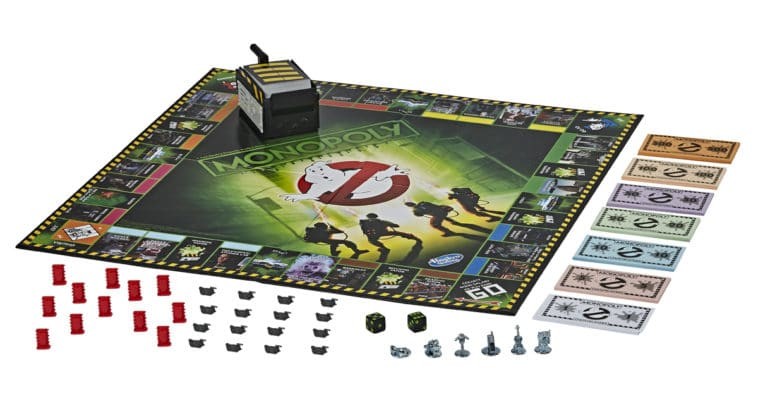 The new version of Monopoly: Ghostbusters Edition from Hasbro is here!

The updated version of the Ghostbusters-themed board game is now available at most major retailers across the country for $29.99. Listings of the game are also now live on Amazon.

Players of this new version of Monopoly: Ghostbusters Edition team up to battle Slimer, Stay Puft, and other supernatural entities to save New York City

Featuring scenes, characters, tokens, and artwork based on the original 1984 Ghostbusters movie, the new version of the game let players travel through New York City while trying to win Ghostbusting contracts.

When a player lands on a Supernatural Entity space, everyone in the game has to join forces to battle Slimer, Stay Puft, Library Ghost, or Vinz Clortho to save the city. Also, players with a color set can add Ghost Traps, then eventually upgrade and buy Containment Units. As with most editions of Monopoly, the last player with petty cash when all other players have gone bankrupt wins.

This original Ghostbusters-themed Monopoly board game lets players save the world from paranormal activity by subduing the vapors, entities, and slimers at famous New York locations from the first Ghostbusters film