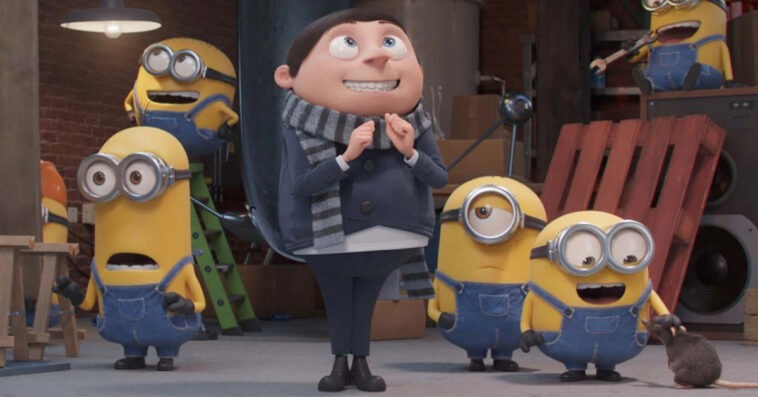 Minions: The Rise of Gru is making its streaming service debut this September, two months after its theatrical release last July.

Where to watch Minions: The Rise of Gru

If you haven’t seen Minions: The Rise of Gru yet or are looking forward to rewatching it from the comfort of your own home, Peacock announced earlier this month that the blockbuster animated film will be available to stream on the NBC-owned platform starting September 23rd.

The film’s arrival on Peacock is part of The Universal City Entertainment Group’s deal with the streaming service. Under the deal, all Universal Filmed Entertainment Group’s theatrical releases starting 2022 will play on Peacock during each pic’s pay-one partner TV window, which is 120 days after a title’s theatrical release. Each movie will become available on Peacock for an initial exclusive four-month window followed by the last four months in a traditional 18-month pay-one period.  During those middle ten months, the studio’s film product will be licensed to additional partners. Minions: The Rise of Gru plot

The sequel to the 2015 spinoff prequel Minions and the fifth entry overall in the Despicable Me franchise, Minions: The Rise of Gru tells the story of how the world’s greatest supervillain, Gru, first met his iconic Minions.

Long before he becomes the master of evil, Gru is just a 12-year-old boy in 1970s suburbia, plotting to take over the world from his basement. It’s not going particularly well. When Gru crosses paths with the Minions, including Kevin, Stuart, Bob, and Otto — a new Minion sporting braces and a desperate need to please — this unexpected family joins forces. Together, they build their first lair, design their first weapons, and strive to execute their first missions.

When the infamous supervillain supergroup, the Vicious 6, oust their leader—legendary martial arts fighter Wild Knuckles — Gru, their most devoted fanboy, interviews to become their newest member. The Vicious 6 is not impressed by the diminutive, wannabe villain, but then Gru outsmarts (and enrages) them, and he suddenly finds himself the mortal enemy of the apex of evil. With Gru on the run, the Minions attempt to master the art of kung fu to help save him, and Gru discovers that even bad guys need a little help from their friends.

The movie is directed by Kyle Balda from a screenplay by Matthew Fogel.

Minions: The Rise of Gru cast

As of September 18th, 2022, Minions: The Rise of Gru has grossed $364.1 million in North America, and $549.1 million in international markets, for a worldwide total of $913.2 million. It is currently the fourth-highest-grossing film of 2022, as well as the highest-grossing animated film released during the COVID-19 pandemic, surpassing the 2020 film Demon Slayer: Kimetsu no Yaiba – The Movie: Mugen Train.

Minions: The Rise of Gru trailer