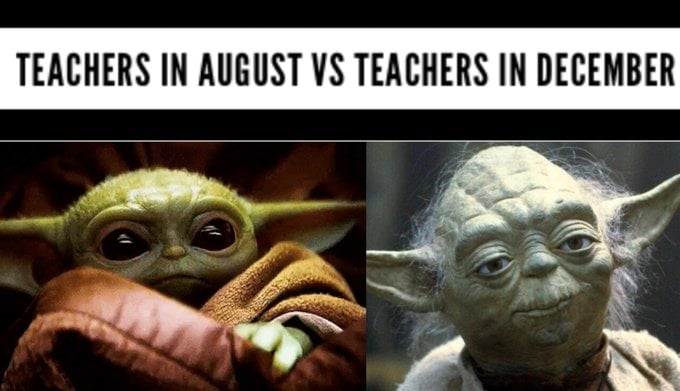 Invaded by an alien, the internet has been! Baby Yoda has taken the internet by storm with his cosmic cuteness. He may not be the Yoda that we know from Star Wars of movies past, but he’s definitely of the same species, and the nickname fits him like a glove. Baby Yoda stars alongside an intergalactic gunfighter in the recently released Disney+ series, The Mandalorian.

Nowadays, cuteness of this magnitude easily transcends from the small screen onto memes! Yes, the people of the internet have done their civic duty to provide us with many witty and hilarious Baby Yoda memes. So if you just can’t get enough of the little rugrat, then you’ve come to the right place; because we’ve collected over 20 hilarious and adorable Baby Yoda memes. On the other hand, if you aren’t convinced of Baby Yoda’s profound powers of preciousness yet, then these memes will surely convince you otherwise.

Just act cool. Would you let Baby Yoda into the club?