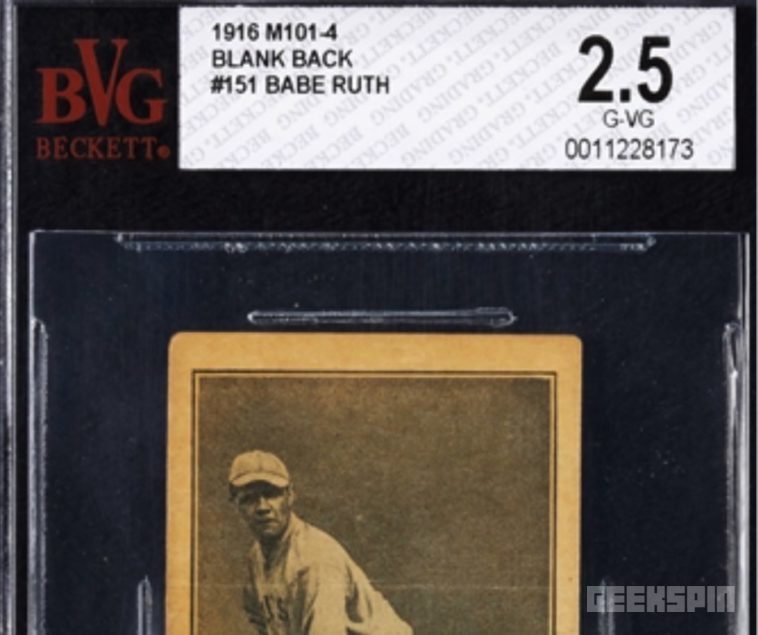 When a Maryland woman named Ellen Kelly called a handyman to fix a pedal on her piano, little did she know she was about to receive a six-figure windfall.

The story begins in the year 1992 when Kelly first purchased the piano from an estate sale. Though the instrument had already been in her family for many decades, the low sticker price of $25 was too tempting to resist. She bit the bullet.

As she tells it, shortly thereafter a troublesome pedal prompted her to call a repair person who, in turn, discovered a trove of over 100 early-20th century baseball cards, including a 1916 Babe Ruth card.

JUST IN: @GoodwinAuctions says it has sold this Babe Ruth rookie for $130,054. It was found in a piano purchased for $25 at an estate sale. pic.twitter.com/MVv63GUERN

While she was initially elated by the discovery, Kelly decided to wait all these years before showcasing her rare find for all to see.

Officially titled “M101-4 Sporting News Blank Back Babe Ruth RC No. 151,” the card was recently sold at a Beckett Goodwin Auction for a whopping $130,053, more than double the pre-sale estimate.

Now able to reflect on the 27-year journey, Kelly says the piano was undoubtedly the “best $25 [she’s] ever spent.”