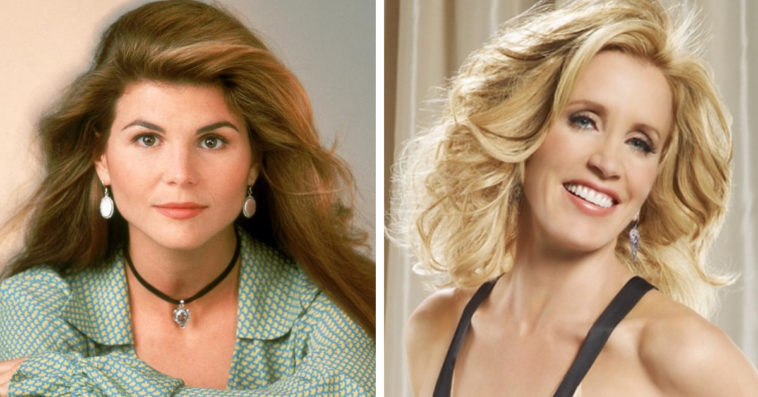 Loughlin and Huffman, among many others, allegedly paid thousands of dollars to the scam’s ringleader, William Rick Singer, who bolstered their kids’ chances of gaining entrance into elite colleges through unlawful means, including paying people to take exams for their kids, buying off test administrators to allow that to happen, and bribing college coaches to classify the applicants as athletes even if they’re really not.

Singer pleaded guilty this afternoon, March 12th, to charges of racketeering conspiracy, money laundering conspiracy, conspiracy to defraud the United States, and obstruction of justice. “I am absolutely responsible for it,” Singer, 58, told U.S. District Judge Rya W. Zobel. “I put everything in place. I put all the people in place and made the payments directly.”

Loughlin and Huffman were charged with conspiracy to commit mail fraud and honest services fraud. According to court papers, Loughlin and her fashion designer husband, Mossimo Giannulli, agreed to pay bribes totaling $500,000 to boost their two daughters’ chances of getting admitted to the University of Southern California (USC).

Based on a recorded phone call, Loughlin told a cooperating witness for the FBI that she would arrange for one of her daughters to be photographed on a rowing machine to support the false claim in her child’s admission application that her daughter was the crew coxswain for the L.A. Marine Club team.

Meanwhile, Huffman and her husband, Fargo actor William H. Macy, paid $15,000 to get one of their daughters unlimited time for her SAT test. Huffman also considered increasing the test scores of her other daughter by having a ringer take the SAT exam for her. But Huffman and Macy ultimately decided against it.

Giannulli appeared in federal court today in connection with the scandal. His bond was set at $1 million and is set to appear in Boston federal court on March 29th. Loughlin, who was out of the country for work when FBI agents arrived at her home this morning, was not in court with Giannulli.

Huffman also appeared in federal court in Los Angeles today to face charges in connection with the college admissions scheme. The judge set Huffman’s bond at $250,000, and is also scheduled to appear in Boston federal court on March 29th. Macy, who was not charged, was present in the federal court and jotted notes during the hearing.

Of the 50 people charged so far, 33 are parents and 9 were college coaches. The others were standardized test administrators, a test proctor, and Singer’s associates.